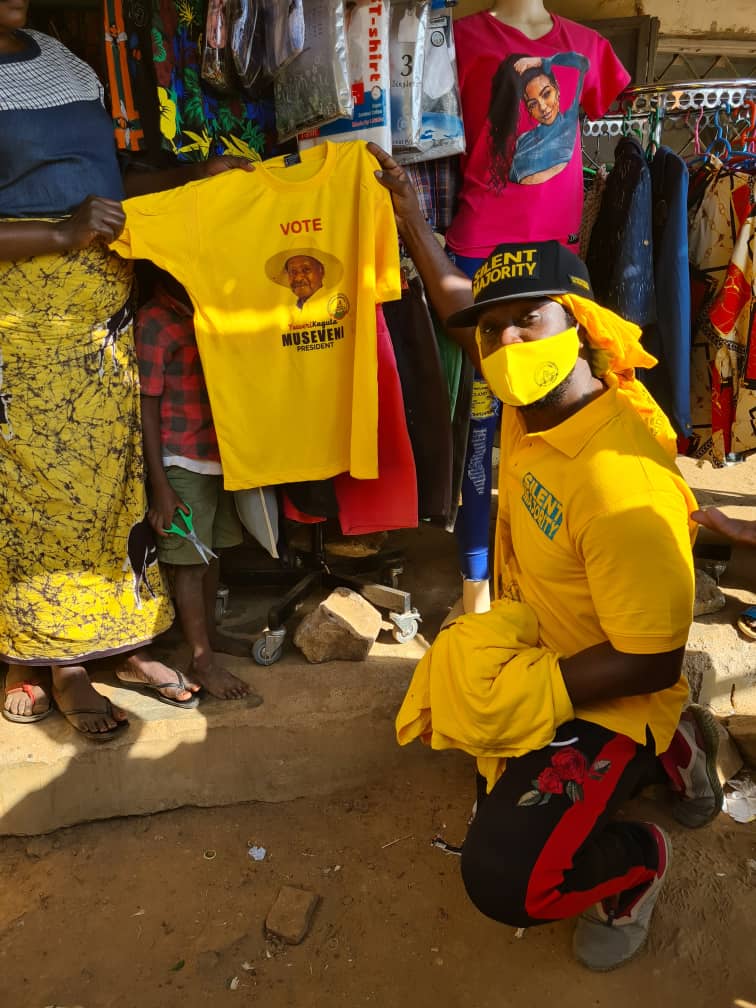 The ruling National Resistance Movement’s Silent Majority a campaign arm led by singer Moses Ssali alias Bebe Cool has embarked on a door to door campaign in a bid to secure the future of candidate Yoweri Museveni’s presidency.

On Thursday, Bebe Cool and his silent majority team of campaigners were seen in Kotido district, engaging supporters one on one as the President also met and spoke to local leaders in the same area.

Previously, Bebe Cool backed by other singers including Catherine Kusasira, Big Eye and Phina Masanyaraze were seen in processions with so many people gathered as they distributed T-shirts with a picture of President Museveni.

However, following the Police and electoral commission’s re-enforcement of the ban on processions that even landed two presidential candidates in jail, Bebe Cool says they can’t risk going against the law, and that they have to lead by example.

Bebe kneeled as he offered T-shirts to anxious supporters, who had been waiting the whole day.

While speaking to the leaders, President Museveni said they are dealing with all people who have been threatening his supporters.