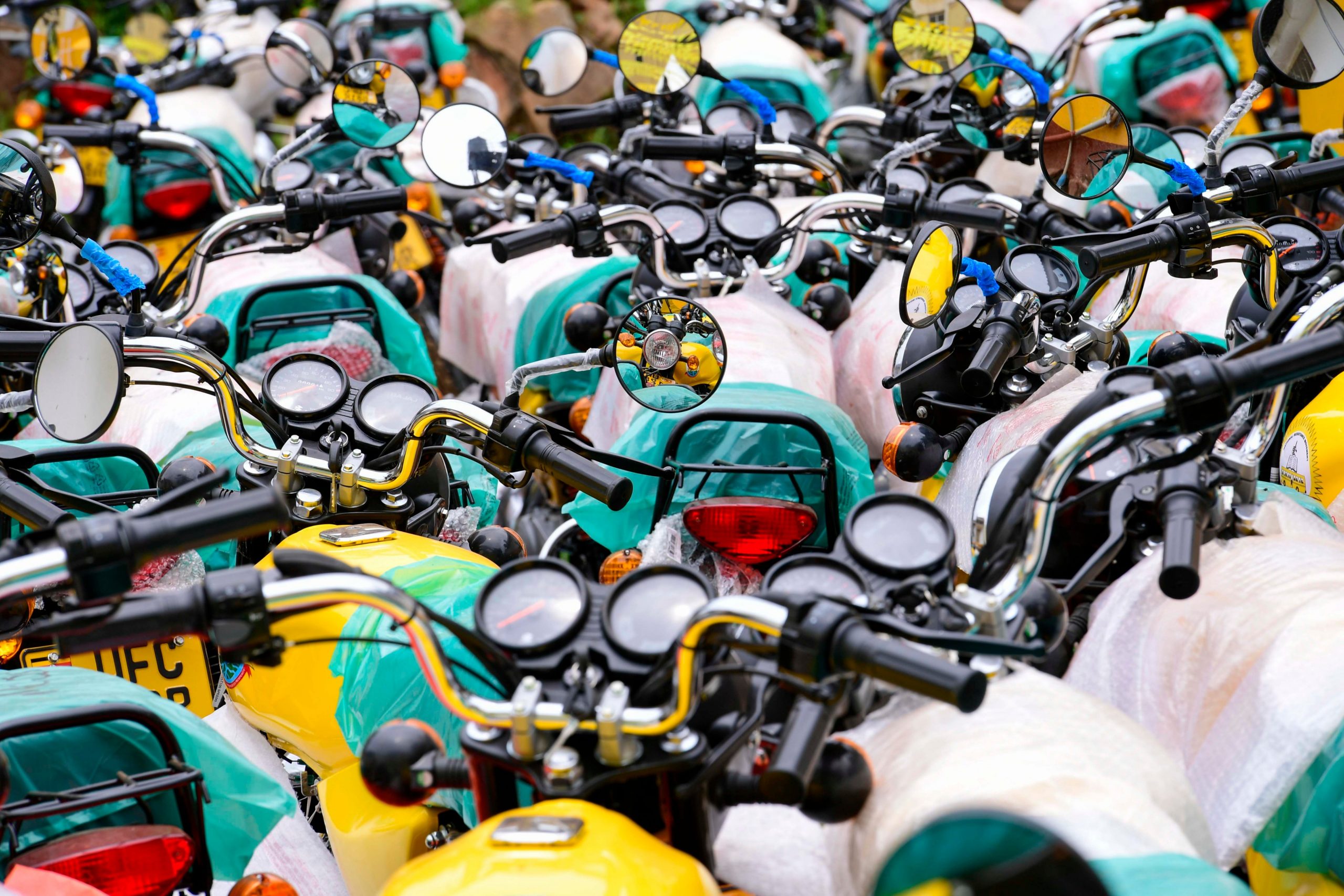 President Yoweri Museveni has flagged off distribution exercise of motorcycles to NRM Party Sub-Counth leaders across the nation. The event took place at the NRM party headquarters on Kyadondo Road in Kampala.

Last month, the President who is also NRM party chairman flagged off distribution of bicycles for all party village Chairpersons. He now promises that the next batch is of 4-wheel-drive pick-up double cabins for the District Chairpersons.

The bicycles, motorcycles and cars are meant to be used by the local leaders for mobilization ahead of the 2021.

Justine Kasule Lumumba the NRM Secretary General says the President had bought very many bicycles exceeding the number of NRM village chairpersons. She noted that while 80,000 bicycles were procured, Uganda has only 68,742.

The remaining bicycle are therefore being distributed to Parish chairpersons to ease their mobilization work. Lumumba says the bicycles will cause the excitement, but that it should be mananged.

“Your excellency, motorcycles are here. As they go out to do their work, you are going to cause excitement in the country, but it’s under your guidance that we have to manage this excitement” she said.

Meanwhile, Lumumba also lamented about the violence that was witnessed in the recently concluded Parliamentary primaries.

“Your excellency yesterday I attended a burial of a lady called Tereza Akiror from Apule village, in Katakwi district. This is a district that has supported NRM even at a time when we didn’t have much support in Teso. When they went to line up to choose their leader, people started pulling them from this line to the other, then there was a fight and the policeman decided to shoot people who were fighting with hands. She was shot in the stomach and they died on the way to the hospital” Lumumba said.

She blamed the state for the death of Tereza and asked the President to help deal with the impunity. She noted that before the NRM points a finger to others, they need to deal with their own house.

The president promised that whoever was involved in violent actions will be arrested and sent to jail. He warned most especially, those who forged the results on DR forms.