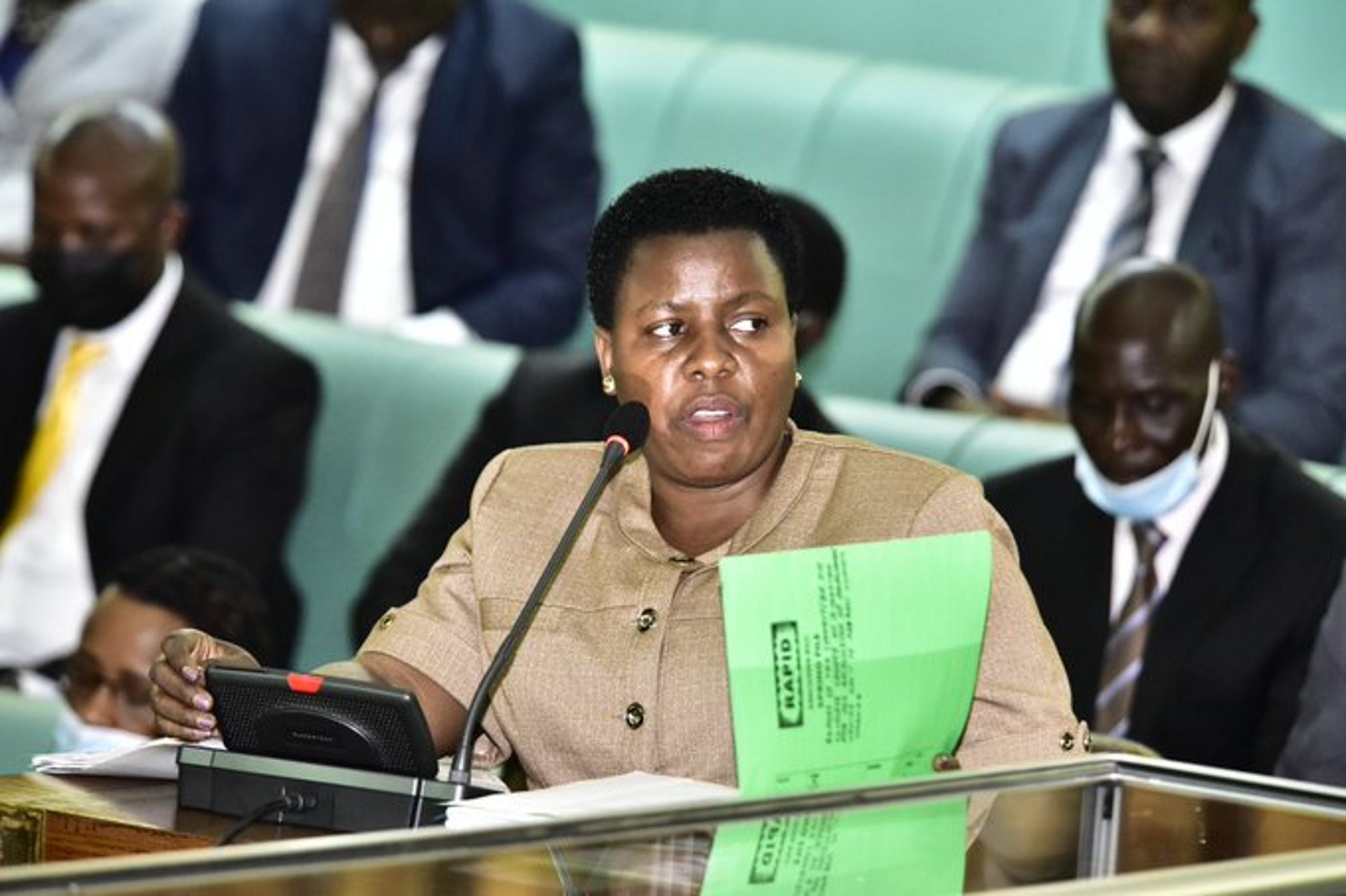 Members of Parliament want the National Forestry Authority (NFA) audited over the disappearing forest cover in the country and for championing activities which have led to deforestation, contrary to their mandate of promoting tree planting.

This came up during the debate of the report of the Committee on Climate Change on a motion for a resolution of Parliament urging the government to address climate change.

The report which was presented by the Vice Chairperson of the Committee on Climate Change, Hon. Jacinta Atuto, during the plenary sitting on Tuesday, 13 September 2022 chaired by Deputy Speaker Thomas Tayebwa recommended re-opening of forest boundaries and titles issued in gazetted forest land cancelled.

“Government should come up with incentives to encourage the public to plant trees,” read the report in part.

Hon. Muhammad Muwanga Kivumbi the Butambala County MP, however, said that while people want to engage in tree planting, NFA gives permits to people to cut down trees under the pretext of investments.

“We should first concentrate on protecting the existing forests. NFA should be audited for value for money on forests that have been cut down,” Muwanga Kivumbi said.

Buikwe South County MP, Hon. Michael Bayigga, requested permission to move a motion on the dwindling forest cover, saying that there is a deliberate move to cut down forests.

“Very many forests are being cut down under the pretext of planting new trees. An example is Kifu Forest in Mukono which has all been cut down,” he said.

Hon. William Museveni (INDP., Buwekula South County) called for the enactment of a law which mandates every Ugandan to plant trees.

“It should be compulsory for every Ugandan to plant at least ten trees annually. We are losing the forest cover because of human activities,” he said.

Hon. Irene Muloni (NRM, Bulambuli District) called for urgent restoration of the forest cover in the Elgon region, saying that the recurring floods and landslides are a result of the dwindling forest cover.

“Nature is fighting back. We need as a matter of urgency to relocate people and let trees occupy their natural space,” Muloni said.

Pakwach district Woman MP, Hon. Jane Avur, however, cautioned against the eviction of people from forest reserves which are not gazetted and marked, saying that some of the people have lived in such areas for over 40 years and that evicting them would cause conflicts.

“There are unknown forest reserves where people have lived for a long time. Government must follow processes of relocating such people as it is in the law,” said Avur.

The committee report further recommended stringent sanctions on people who acquire land in wetlands and ensure that degraded wetlands are reclaimed.

“Government should follow up with Parliament’s recommendation to cancel all land titles issued on gazette wetlands,” the report read in part.

“Those who inherited wetlands and have lived there for many years should be relocated with alternative livelihoods. They should be given startup capital,” Aogon said.

“There is corruption, the poor are being chased away from wetlands while the rich are being given titles to construct in wetlands. Why are the laws being applied selectively?” Rwemulikya wondered.

Hon. Bosco Okiror (NRM, Usuk County) warned that the lack of will to implement the laws on climate change will only aggravate the problem.

“If we do not deal with climate change during our generation, it will destroy Uganda. I appeal for proper implementation of the laws,’ said Okiror.

Adjumani district Woman MP, Hon. Jesca Ababiku, said that whilst Ugandans are ready to take action against climate change, the government is not consistent in the implementation of the law on climate change.

The Minister of Transport and Works, Gen. Edward Katumba Wamala, reassured the House of plans to plant trees alongside every new major road being constructed, as a way of reforestation.

“We need to continue sensitising our people to stop cutting down trees,” said Katumba Wamala.

The Minister of State for Water and Environment (Environment), Hon. Beatrice Anywar, said that the ministry will soon table regulations to operationalise the Climate Change Act, 2022 and this she said, will go a long way in the restoration of a degraded environment.

“A committee is already in place and I can say that it has so far done 30 percent of its work. The work was however curtailed during the COVID-19 pandemic where the budget was cut and this slowed the process,” Anywar said.

She added that the cabinet passed the 10-year restoration programme which has restored the National Environment Fund and will see the Environment Police being supported by the Uganda Peoples’ Defence Forces to enforce the laws on the environment.

“Once we have the fund in place, we are going to do much more and this will include the opening of boundaries of forest reserves. We must protect the environment if we want to have sustainable development. Nature is talking and we must listen,” said Anywar.