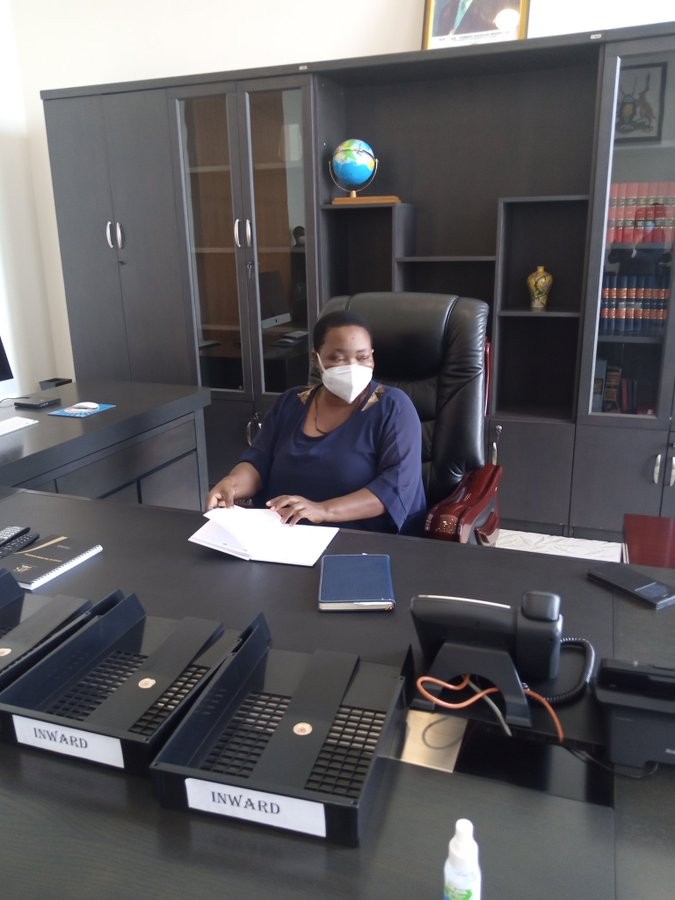 The newly appointed Prime Minister of the Republic of Uganda and first woman to hold the office, Rt. Hon. Robinah Nabbanja has officially reported for duty, a day after swearing in.
Nabbanja was appointed by President Yoweri Museveni, as the 11th Prime Minister of Uganda, a move that left many surprised.
She has been serving as the State Minister for Health in charge of General Duties and handed over the same office to Hon. Kawooya Bangirana who now takes over that docket.

Nabbanja received the Prime Minister’s office from the outgoing PM Dr. Ruhakana Rugunda who was appointed Special Envoy for special duties, office of the President.

Upon receiving the office, Nabbanja thanked her Predecessor for the good work done, and promised to work with the team to build on the foundation it has laid.
Her first duty in office is expected to be a move by government to give Ugandans some money to help them buy essential needs during the 42 days’ lockdown, a move that has already created controversy.