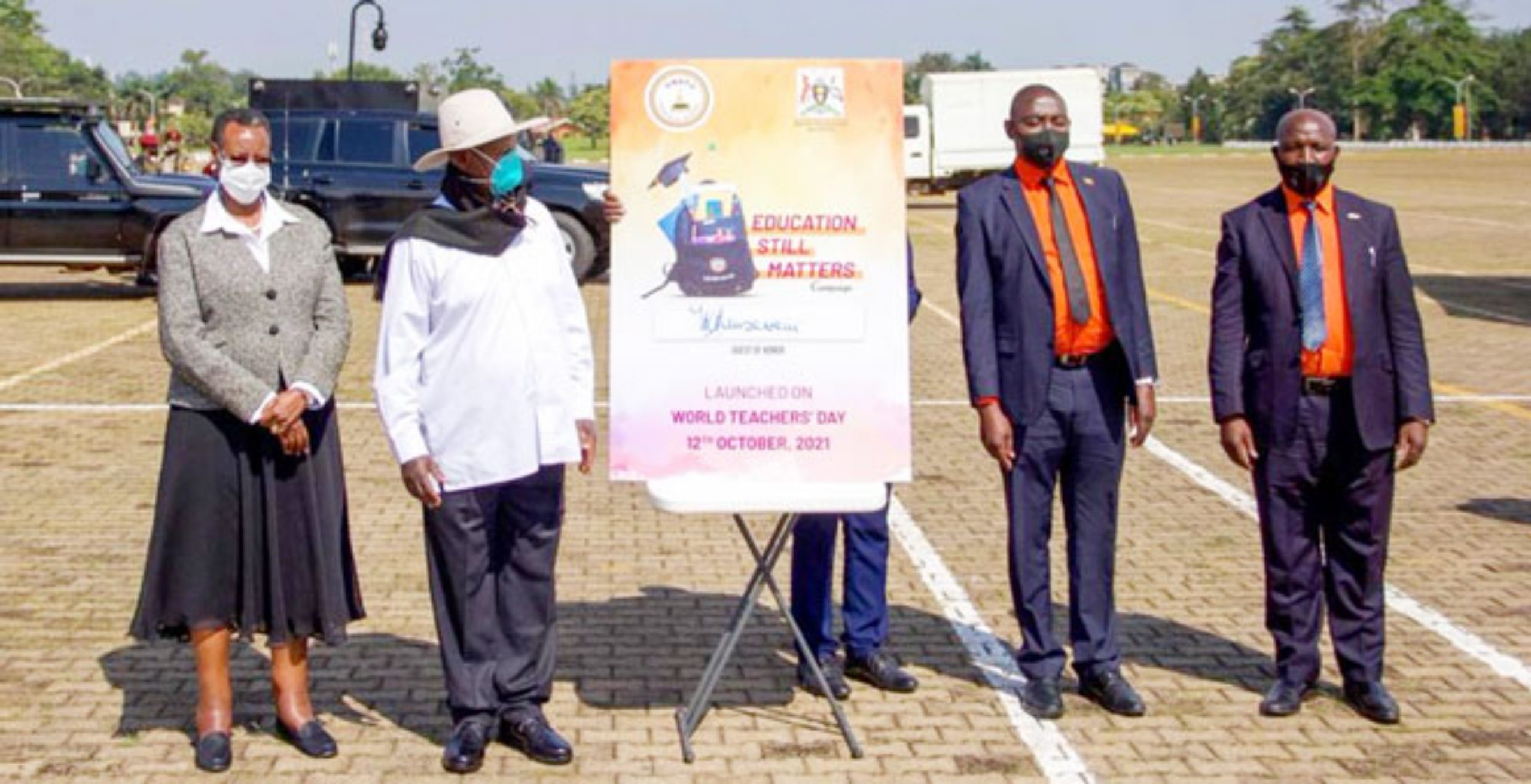 The leadership of the Uganda National Teacher’s Union-UNATU is expected to meet President Yoweri Kaguta Museveni today Monday, in an effort to end the nationwide teacher’s strike.

The meeting comes at a time when the teachers rejected a “new deal” proposed by the Ministry of Public Service.

A new offer and pledge to raise teachers’ salaries in the medium term was announced in two letters from the minister and the permanent secretary of the Ministry of Public Service.

Accordingly, the offer was discussed during a meeting between the UNATU national executive council and branch leaders from around the country on Sunday.

However, Filbert Baguma the UNATU Secretary-General says that teachers rejected the government’s deal.

“Government should address teachers’ needs, was the conclusion. No more assurances. All they want to hear is that money would be set aside to increase their pay in this financial year if they return to the classroom,” Baguma said.

He further stated that this time around, no amount of intimidation will compel teachers to return to classrooms.

“The strain is mounting. The UNATU leadership is under pressure from many officials to end the strike, but this strike is not for UNATU leaders. For teachers, that is. Anyone who wants it to cease must work to meet the needs of the union members,” he said.

Now, UNATU will be meeting the president for the second time since they launched their strike after their first meeting on June 18 ended in a statement that the president failed to convince the striking teachers to resume work.

Teachers laid down their tools demanding a salary enhancement, with equity and harmonisation across the board. The strike, which is currently in its third week, has since stalled learning across the country as learners are idle while many have given up on going to school altogether.