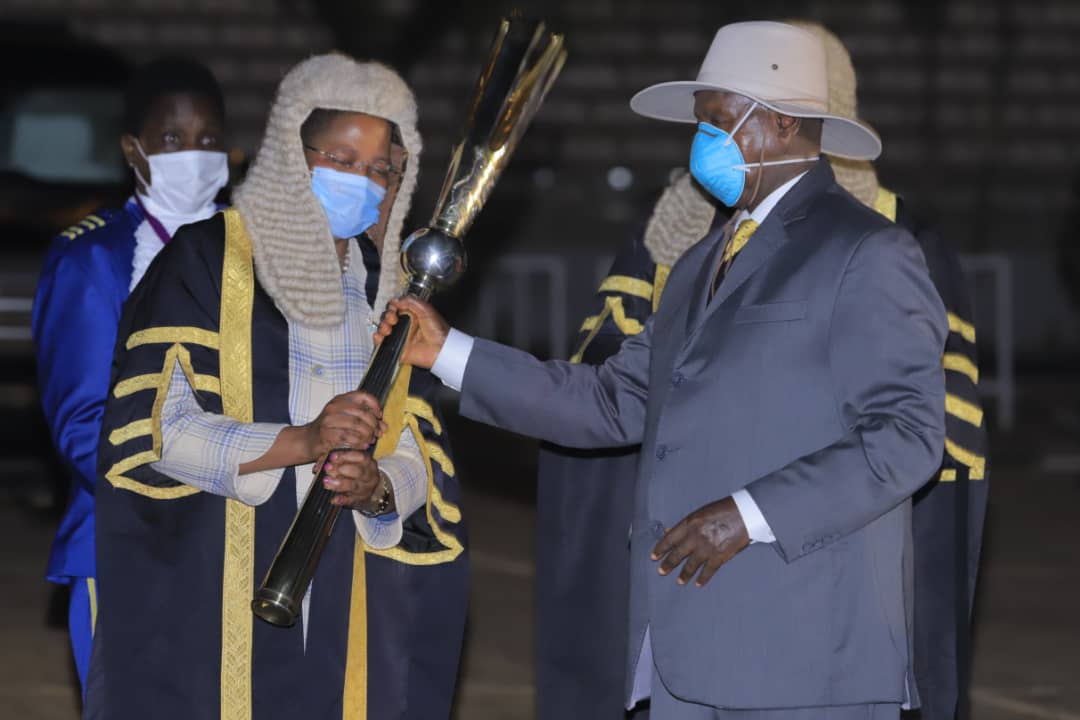 President Yoweri Museveni has revealed that he disbanded the Uganda Airlines Management and Board of Directors due to corruption.

In his first address of the 11th Parliament on Monday evening, President Yoweri Museveni noted that this five-year long term will focus on Social-Economic transformation of the country, and top on the list is fighting corruption.

He explained that government, because of good planning, injected a lot of money and bought brand new aircraft (4 Bombadier CRJ 900) and two Airbuses.

However, Mr. Museveni says the airline was infiltrated by corrupt managers who mismanaged it.

“The airline was immediately infiltrated by corrupt elements, employing their relatives, overbudgeting, inflating procurement costs, terrible things. When I got information, I went in and dispersed the whole group. The management, even the Board I had put some people on the Board I thought were serious, I suspended the whole group” the President said.

The airline Management led by CEO Conwell Muleya, Accountant Paul Turacayisenga along with the Human Resource Manager among other senior managers, were suspended last month over corruption among other allegations.

It is to be noted that the company which begun operations mid-2019, has made losses that have cost tax payers a lot of their heard earned money.

The president says he has enough soldiers to fight corruption. He promised to give the new MPs a long lecture about corruption.

“The good thing is many Ugandans are fed up, and they are willing to assist us. Therefore, with correct budgeting and zero tolerance to corruption, we are going to succeed” he added.