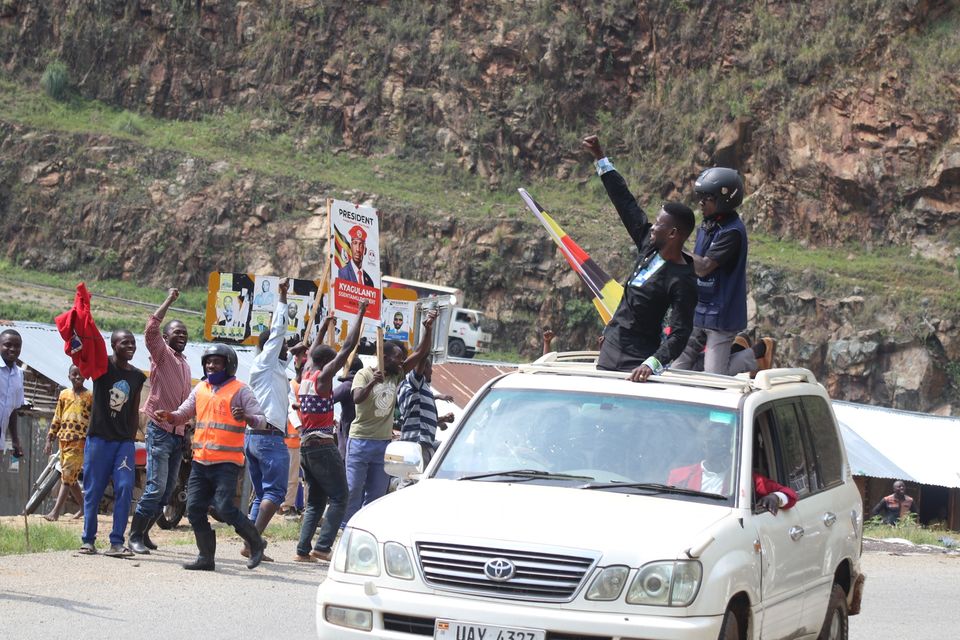 The National Unity Platform, NUP Presidential candidate Robert Kyagulanyi Ssentamu alias Bobi Wine says he is happy that his campaign team is achieving something very important, even before they achieve the election victory.

Kyagulanyi says NUP is succeeding in exposing the impunity and cowardice of the ruling NRM’s regime.

“All along M7 has been claiming to be popular in the countryside until he met his match – Our Generation. He is now panicking and unleashing all manner of brutality, ordering the police and military to block us from accessing the towns and cities from as far as 20kms away” Kyagulanyi said.

He added that unfortunately for President Museveni, the thirst for change is stronger than the fear of brutality as people are walking very long distances to come and listen to Kyagulanyi’s message of Freedom and that he is sure they are helping in spreading the message back to those who fail to access the campaign venues.

Kyagulanyi was campaigning in the areas of Bundibugyo, Kasese and Bunyangabu on Tuesday.

In Kasese, Police fired teargas and rubber bullets to disperse supporters who had started gathering by the roadside.

Kyagulanyi was heard shouting at police “Murderers, shame on you. Blood will be on your shoulders forever.”

Crowds of people later overpowered police and poured into the road before heading to the playground chanting freedom. Here, Bobi Wine addressed his supporters explaining that President Yoweri Museveni fears so much, and that’s why he did not allow for fair campaigns.