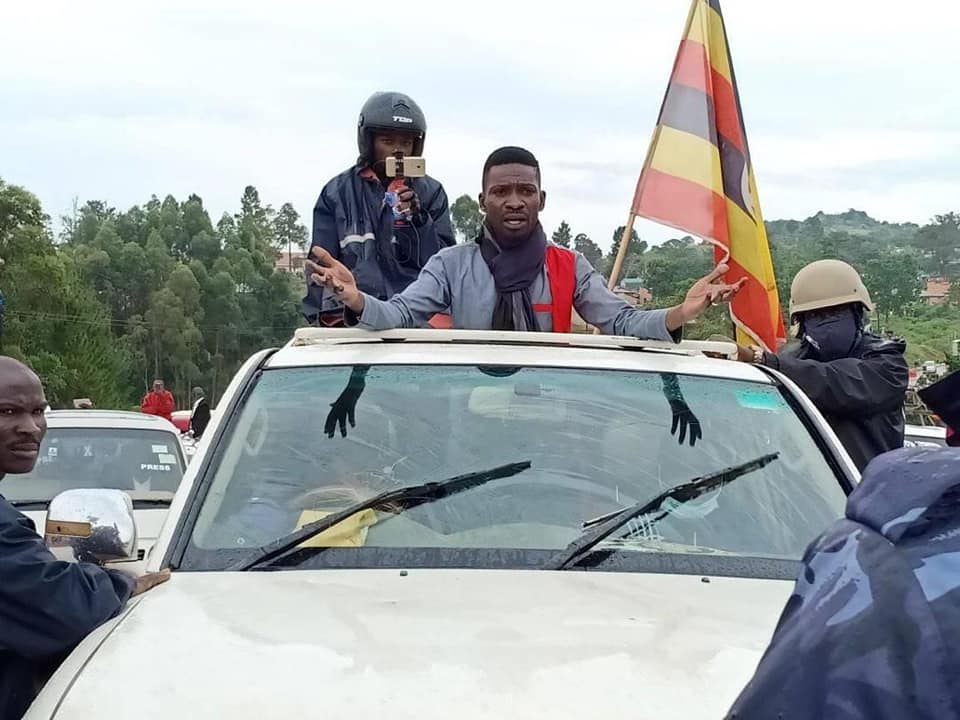 Muntu says he had planned to have his rally at Biguli primary school playground in Biguli town council only to be disorganized by a heavy downpour which made it hard to access the venue by both his team and supporters.

The candidate was forced to hire another venue at Biguli Church of Uganda playground only about 100 metres from the original venue and he even communicated the change to his supporters, only for the police to stop him.

Police rejected the new venue over unclear reasons, forcing him to cancel the rally.

“Our policy has always been to do all we can to be reasonable, even in the face of unreasonable action on the part of the state. We engaged the police leadership in a civilized, respectable manner well knowing that they intended to not only frustrate us but cause us to act in ways that would give them an excuse to cause chaos,” Muntu said.

Muntu later continued to Kitagwenda district for another rally.

In a related development, the NUP Presidential candidate Robert Kyagulanyi has been blocked from holding a rally in Kibaale district. The road to the venue was blocked and Kyagulanyi rallied his supporters to take his message back and disseminate it as he was not allowed to do it himself.

“Earlier heavily armed military personnel and police officers blocked us from addressing the people of Kibaale district as scheduled. They used teargas and bullets to disperse our people who resisted the bullying of these men! They are now doing everything to frustrate our planned event in Hoima” Kyagulanyi said.

He added that it is very sad to see that a regime, which came here so glorious and loved is now so scared of the people and that the mistake any leader can make is not to read the signs and the times.

“Someone close to Gen. Museveni, tell him to wake up and realize that Uganda is ready for change. None of what he does will save him from an inevitable, imminent fall” Kyagulanyi added.