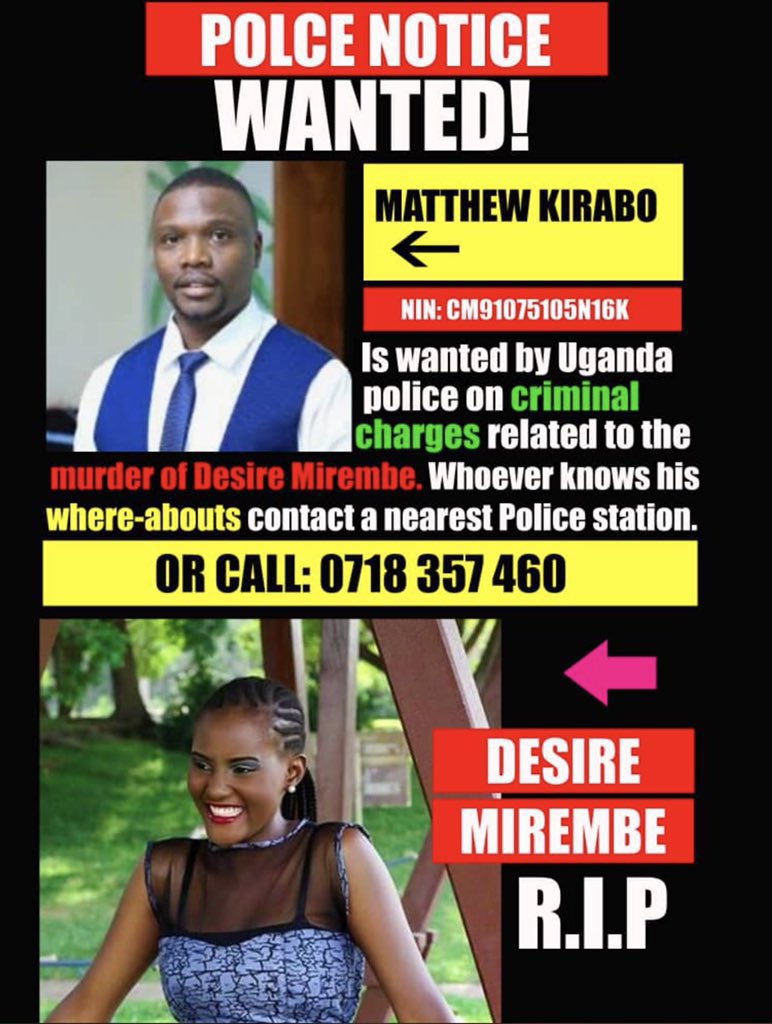 Isabirye delivered the ruling on Wednesday in response to an application by State Attorney, Happiness Ainebyona to proceed with the matter without Kirabo.

Ainebyona prayed that the High court waves Kirabo’s right to appear in line with article 28 (5) of the constitution.

“My Lord we are making an application to have criminal case number 434/2015 to proceed in the absence of the suspect while relying on article 28 (5) of the constitution, section 14&13 of the Judicature Act, and section 14 of the Trail Act,” the state attorney said.

According to Article 28 (5) of the constitution court can proceed without the accused who makes it hard for the trial to continue. The state further told the court that 13 witnesses had already testified on behalf of the state.

She also argued that the Kirabo last appeared in court on October 29, 2021, when the matter was adjourned to November 3. The sureties and his lawyers have since maintained that they last saw the respondent on November 1, 2021. Since then, the prosecution case has stalled.  The court issued an arrest warrant for the suspect who is still at large.

“It is from that background that we are filing this application while attaching an affidavit of the police officer who enforced the arrest warrant to allow us to proceed. The respondent denied himself the chance to be present by absconding,” the state said.

However, the defense lawyer Ali Hassan Kato objected to the application on grounds that it was incompetent.

“Rule 2 of the Judicature act states that all applications to the High court be made in writing and where it is necessary, they shall be supported by an affidavit. My lord the affidavit attached to the motion is not in support of but rather an affidavit of proof of executing the warrant of arrest,” he argued.

However, after considerably examining the submissions, Justice Henry Kaweesa Isabirye allowed the prosecutor to continue with the matter in the absence of the accused person.

He also adjourned the trial until further notice when the judiciary avails funds for the case.
Kirabo allegedly confessed to the murder of his then-fiancé Desire Mirembe,19, on July 10, 2015, and dumped her body in Lugazi Sugarcane plantations in Buikwe district where it was found on July 11, 2015. Kirabo confessed to the murder and was charged in Jinja High Court, remanded to Nalufenya Prison in Jinja, before he was granted bail to go finish his studies.