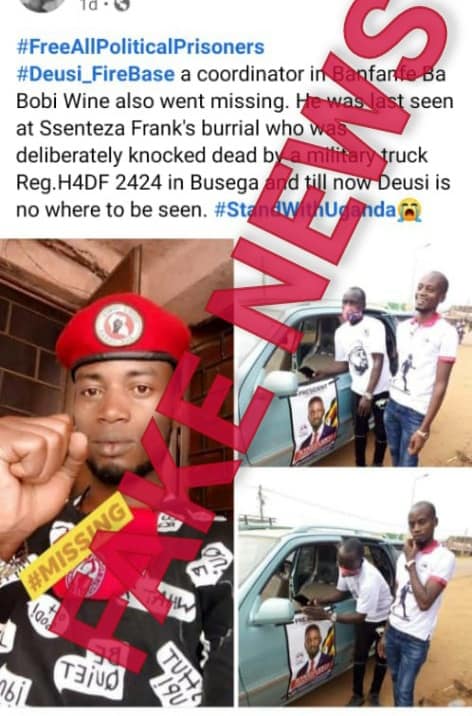 Police in Kampala has denied reports making rounds on social media alleging that a one Tumuhimbise Deus alias Deus firebase has been missing and was last seen during the late Frank Senteza’s burial.

According to Luke Owoyesigyire the Kampala Metropolitan police spokesperson, this is not true that he is missing, but rather, Deus was arrested on January 7th 2021 on allegations of issuing counterfeit notes of 5100 USD to East Africa Plastic Products Company Ltd located in Mbalala industrial park by Mbalala Police station.

Owoyesigyire says the matter was investigated on Mukono CRB 067/2021, and forwarded to prosecution for sanctioning. The suspect was later arranged in Mukono Magistrate Court and Convicted to 6 months on two counts of; Being in possession paper or implement for forgery and Uttering counterfeit currency.

Horror in Kasese as 32 people are killed in Tuesday night accident
An extra Shs 10.4bn needed by UNEB for COVID-19 SOPs during final examinations
Advertisement