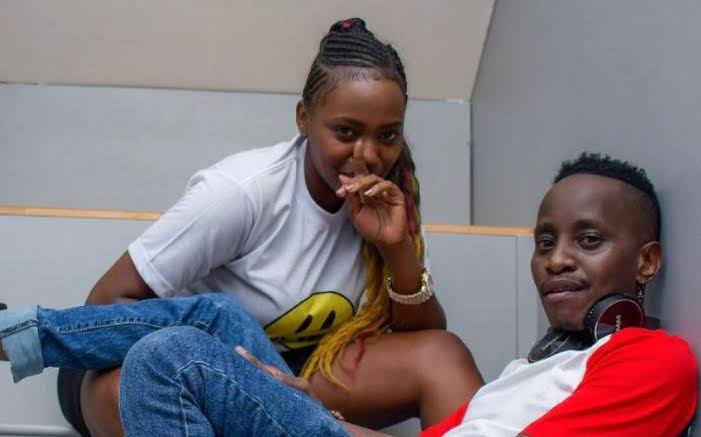 Bukedde TV presenter Caroline Marcah and NBS After 5 presenter MC Kats have for a long time been rumored to be dating.

Both have always brushed it off pretending like there is nothing.

The pair has been painting social media red with their closeness which has made some people to believe that the couple are indeed seeing each other.

Marcah however says that her and Kats are besties and Kats even has a lover.

She added that she has been very tight friends with the king of the mic for long only that the media recently found out.

Marcah who is set to co-host the King of the Mic 4th edition with Mc Kats said that the veteran media personality is a very good person who she can’t give up on.

“There is no relationship between me and Mc Kats apart from pure friendship. People just don’t have tight friends like me and Kats. Kats besides has a lover and we all know him but I won’t reveal her to the media. Kats and I have been through a lot and our friendship dates long way back. It’s just that the media caught wind of it during the lockdown and then started peddling lies. I will co-present the king of the mic with him since I’m queen of the mic,” Caroline Marcah revealed.

While speaking about her, Kats said that Caroline came into his life at a time he was battling with stigma and depression related to his HIV status.

Kats said that she’s very special to him and there is no way she can thank her enough.

The two will be co-hosting the virtual King of the mic concert in 4 December which is meant to fight against HIV/AIDS stigma.