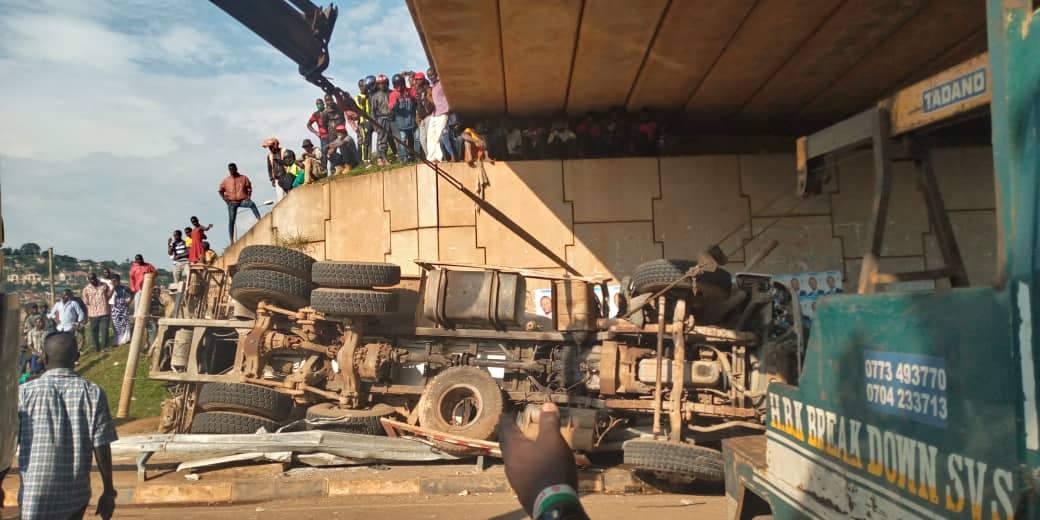 The police in Kira Division have commended investigations into a single fatal accident that happened today in the morning at Nambole Fly over in Bweyogerere Division.

According to Luke Owoyesigyire the deputy police spokesperson Kampala Metropolitan area, an Engineering plant (concrete mixer) UBG 217x lost control and overturned and two occupants ran away with minor injuries and left a colleague trapped inside the truck.

Fire and rescue services were called to the scene and the Gentleman identified as the Driver, one Segujja Mohammed 29 years and resident of Nasuti Zone, Seeta Mukono District was pulled out but later died.

Owoyesigyire says efforts are underway to have the Vehicle taken off by the road by Police break down for proper movement of traffic.

The deceased’s body has been conveyed to city Mortuary Mulago for post-mortem.