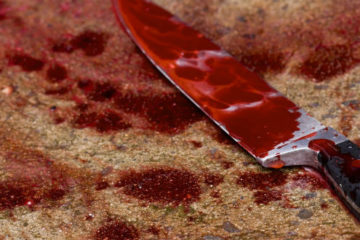 A 45-year-old man is in Police custody in Lira District for allegedly stabbing his son to death over 7000 shillings.

Alfonse Okwir, a resident of Abongo-rwot village, Abongo-rwot parish, Agali Sub-county in Lira District allegedly stabbed his 22-year-old son Ceaser Eran on Wednesday evening during a struggle for a mobile phone on which 7000 had been sent.

The deceased, together with his father had done casual labor for a payment of 7,000 shillings which was sent through mobile money into his father’s phone.

The old man suggested that the money be withdrawn in the morning since it reached late when the mobile money points in the area had closed. This however angered Eran who wanted to find ways of withdrawing the money that evening.

The duo engaged in a scuffle in which Eran forced his hand into his father’s pocket to remove the phone, forcing his dad to stab him with a kitchen knife and killing him instantly.