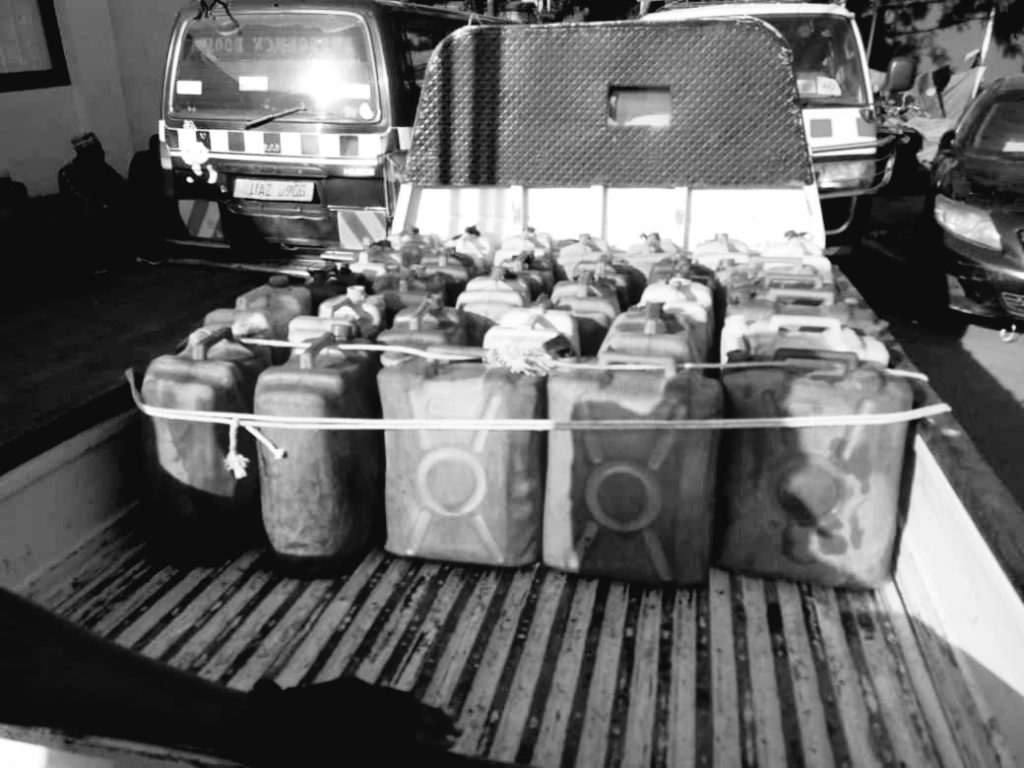 The Police in Kampala Metropolitan North, have arrested Bangi Stephen, a 38-year-old businessman, of Quata zone, Kanyanya ward, Kawempe division, in Kampala district following a raid conducted on 19.09.2022 at his home.

The suspect was found with 30,000 litres of diesel, which was packed in jerrycans and he was also found ferrying more fuel in a mobile fuel tanker, registration number, UBG, 128E.

According to SCP Enanga Fred the Police Spokesperson, Bangi has been charged with dealing in Petroleum Products without a trading license.

Enanga told reporters at Naguru police headquarters on Monday, that upon interrogation, the suspect admitted to dealing in diesel fuel, without a license and in a non-gazetted facility, within his compound.

“There were no firefighting measures, and no escape route, in case of a fire outbreak or disaster. It is also a serious environmental-related threat to the neighbourhood. The fact that an Environmental Impact Assessment (EIA) was not done, makes it difficult, to establish whether, there are any spill-over effects, in the neighbourhood or not,” said Enanga.

He, therefore, advised the public not to consume or buy such fuel products from unauthorized outlets, due to the potential of consuming adulterated fuel that may cause damage to motor vehicles, motorcycles or other machines.

“We await additional reports from NEMA and Ministry of Energy and then forward the file to the DPP. We do further caution all other illegal dealers in Petroleum products, without appropriate licences, to ensure they obtain them, so as to remain in the business, on legitimate grounds,” Enanga added.