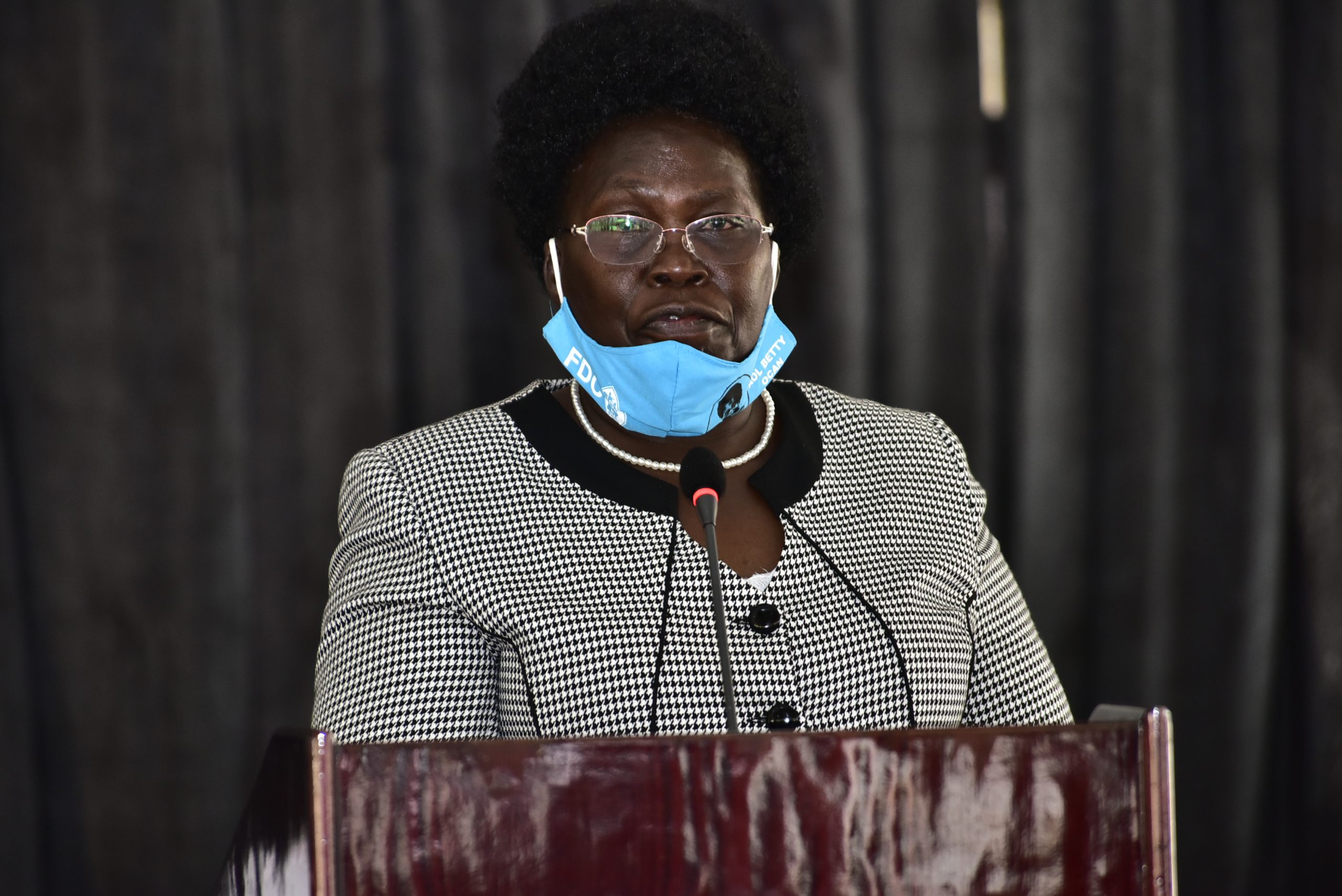 The leader of opposition in parliament Hon. Betty Aol Ocan has urged government to move and buy maize from traders and have storage in silos when they have bumper harvests.

While speaking about the recent ban of maize imports from Uganda and Tanzania by Kenya, the LOP said traders and farmers are suffering with the produce.

“We need these traders to be handled immediately by buying off their stock and then the diplomacy can go on elsewhere. Value addition is important but we need our people to be helped. We should stop Kenyan products from entering the country” Hon. Ocan said.

The government chief whip Hon. Ruth Nankabirwa however told the house that President Museveni has spoken with his Kenyan counterpart H.E Uhuru Kenyatta about the ban and emphasized the federation as key for the region.

Hon. Nankabirwa added that there is need to handle the matter amicably despite the frustration which she says is understandable.

Meanwhile, the Busia Municipality MP Hon Geoffrey Macho asked parliament to take a position and have the agricultural products from Kenya banned from entering Uganda. “The Prime Minister should issue a statement to build confidence in the traders.”

His submission was supported by the Speaker of Parliament Rebbecca Kadaga who said there is need for reciprocal measures. “We need an immediate solution for the farmers. We need to take this matter to the East African Court of Justice. We want government to show that they care for the people of Uganda” Kadaga said.

However, the First Deputy Prime Minister and Deputy Leader of Government Business in Parliament Gen Moses Ali said he could not guarantee action by midnight on Wednesday as demanded by legislators.

“You say that you want action before midnight tonight. What do you want me to do? Do you want me to declare war against Kenya? What we say here has a lot of implications even within the country itself and with our neighbours” Gen. Ali said.

Gen. Ali said he needs to present the grievances of Parliament to Cabinet and return with a position on the action to be taken following the ban on maize and other commodities by Kenya.

Meanwhile, reports from Kenya indicate that the ban has been lifted, with strict conditions on exporters who are now required to be registered.