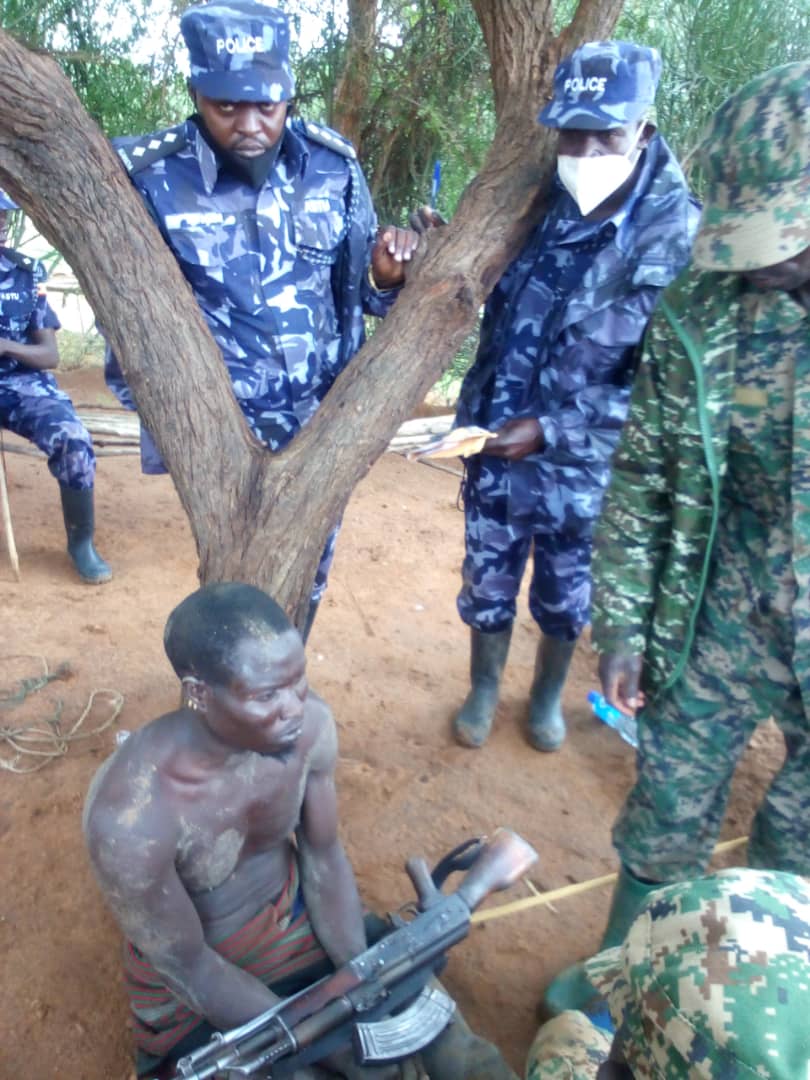 The police in Kotido have arrested a 40 year old man identified as Lokolikau Kochi, the alleged leader of inmates who broke out of Moroto government prison.
Kochi was arrested today morning, at around 0830hrs. The joint forces also recovered smg.no.UG.POL.56-5968030-40693 with 14 rounds from Kotido district belonging to prisons service.
AIP Longole Mike the R/PRO Mt. Moroto says the suspect, together with others still at large, broke into the MOROTO prisons armoury last year, during the escape.
He has been using the same gun to carry out raids in karamoja sub region. Kochi was the ring leader in the prison break and most wanted.

Longole says the operation is moving on successfully.