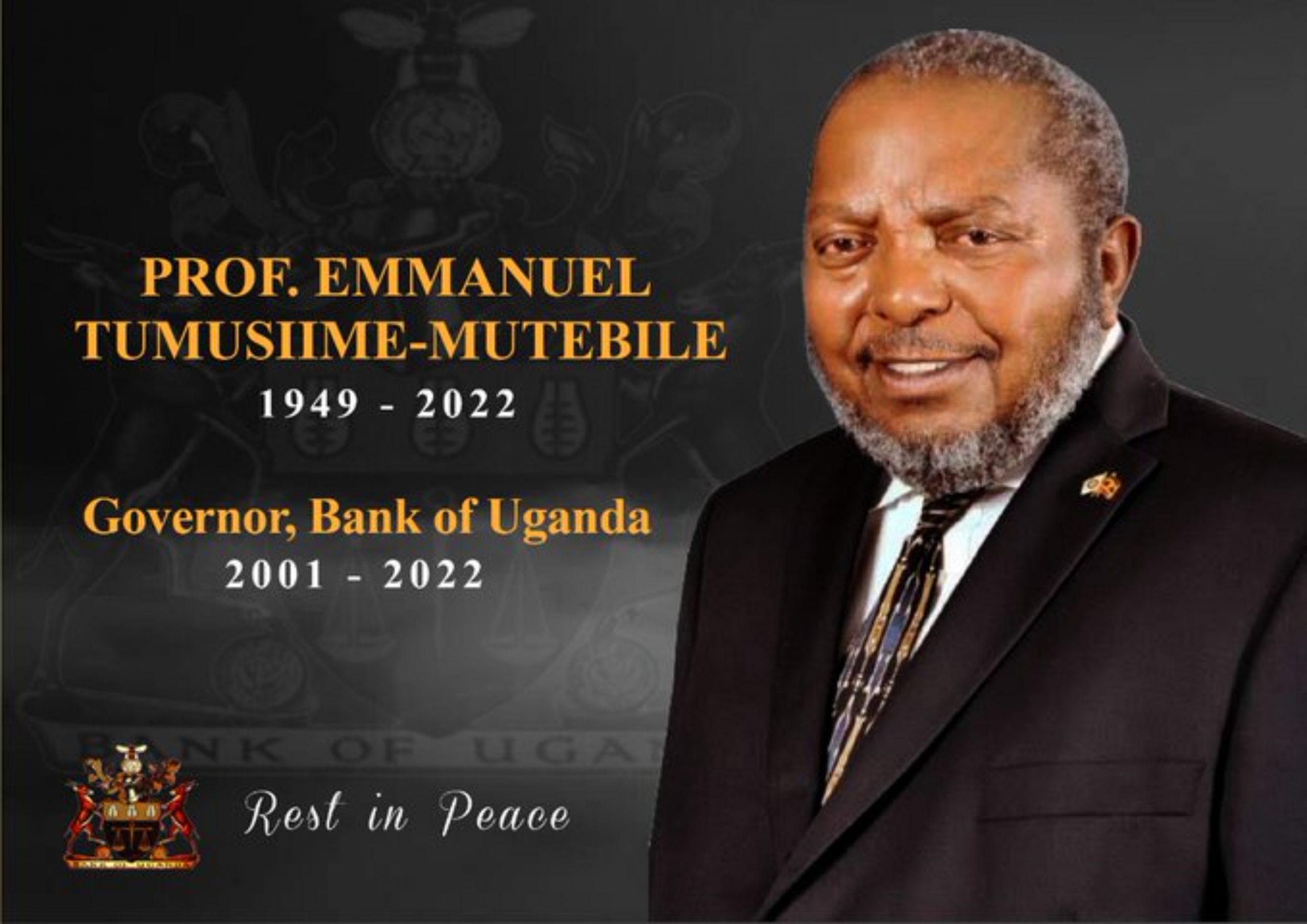 The body of late Bank of Uganda Governor Prof. Tumusiime Mutebile Emmanuel is today Thursday laying in State starting at 10:00 am for members of Parliament to pay tribute.

The Prime Minister Rt. Hon. Robinah Nabbanja will move a motion to pay tribute to Mutebile before different speakers eulogize him. Members of the family, some Bank of Uganda staff have also been invited to attend the Parliamentary proceedings.

On Friday, his body will be taken to Kololo Ceremonial grounds for a funeral service. According to the Minister for ICT & National Guidance, Hon. Dr. Chris Baryomunsi, this will be held in a scientific manner with only 300 mourners invited to attend.

This is in order to avoid the further spread of COVID19. All attendees of the funeral service are undergoing COVID19 testing in order to comply with the Ministry of Health Guidelines on the disease.

Baryomunsi says that the events will be broadcast live by different TV stations so that other mourners can follow the proceedings virtually.

On Saturday, the deceased’s body shall be airlifted from Kololo to his ancestral home in Kijuguta, Kabale Municipality where it will be received by the government, family, and friends.

Mutebile who was set to celebrate his 73rd birthday tomorrow Friday 28th January 2022, died at the Aga Khan Hospital in Nairobi Kenya, in the wee hours of Sunday 23rd January 2022.

His body arrived at Entebbe International Airport on Tuesday evening at 7:30 pm and was taken to the A-Plus funeral home. According to the Minister for ICT & National Guidance, Hon. Dr. Chris Baryomunsi, the government has accorded Prof. Mutebile a state burial, for his service at the Bank of Uganda, where he has been working since 2001.

According to Mutebile’s nephew Noel Muhumuza Mutebile, the governor battled Diabetes and High Blood Pressure for many years, but his condition deteriorated in the last few months, leading to his death.

He was first rushed to Nakasero Hospital on 31st December 2021, but when his condition deteriorated, he was airlifted to Aga Khan Hospital in Nairobi, Kenya where he eventually passed.