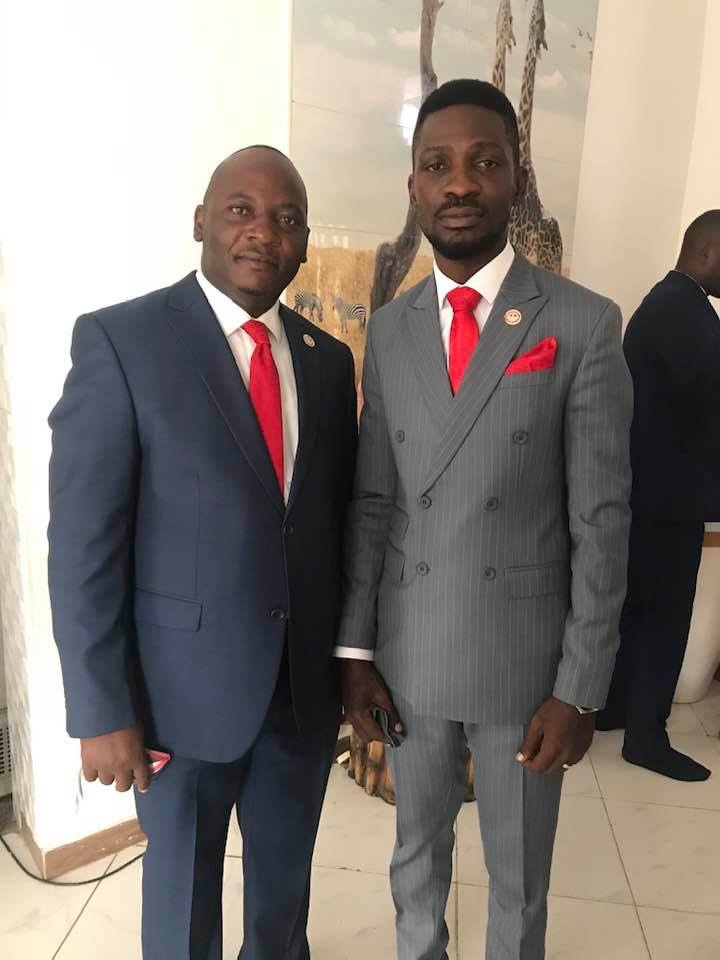 Kyagulanyi was summoned by the EC along with FDC’s Patrick Oboi Amuriat for flouting COVID-19 guidelines by holding mass rallies during the ongoing Presidential campaigns.

The commission summoned the duo late last week. Kyagulanyi was expected to appear at 10:00am to explain himself, while Amuriat was slated for 11:00am.

On Friday, we received an unfortunate letter from Mr. Byabakama, the Chairman of the Electoral Commission! He ‘invited’ me to apparently discuss with me about non-compliance with COVID19 regulations!

His letter came after several meetings and written complaints which we have served upon the Commission, concerning the grave injustices we continue to experience on the campaign trail.

“We have for example repeatedly asked him why candidate Museveni’s numerous rallies and processions are not teargassed or dispersed. The double standards are stinking! We are tasking the Electoral Commission to ensure that they do not make it clear to citizens that they are Gen. Museveni’s walking stick! I have requested a team, led by NUP Deputy President for central region to interface with the Commission about these matters” he said.

However, the NUP candidate wrote in response to the electoral commission, ecplaining that his campaign has not breached the COVID19 regulations or SOPs .

“In fact the police and other security agencies which have persistently breached the law, blocked our meetings and illegally held us at road blocks denied us access to accommodation, ejected us out of radio stations, etc” Kyagulanyi said.

He added that they brought all these matters to the commission but no action has been taken to ensure the brutality stops and that the playing field is leveled for all candidates.

Kyagulanyi says they had planned on observing all SOPs and holding meetings in the designated places, but police has not allowed them to do so.

He however noted that he was unable to appear before the commission in person and sent Hon. Mpuga.

“I will therefore be represented by a delegation led by Deputy President of the National Unity Platform for central region, Hon. Mathias Mpuga. The delegation has my full authority to represent me. It is my hope that the meeting will not be as futile as our previous engagement, Kyagulanyi said.