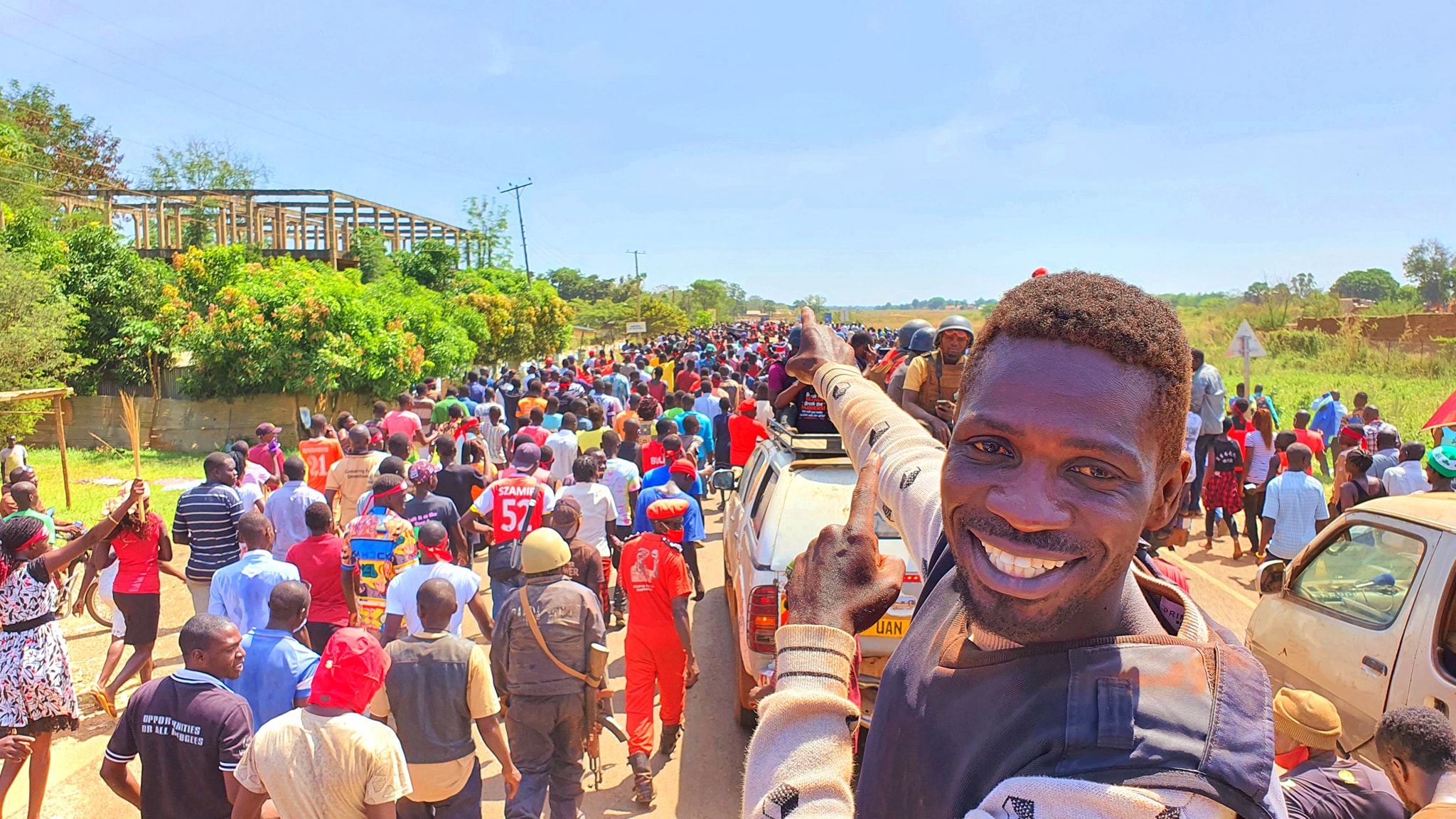 The President of the National Unity Platform-NUP party Robert Kyagulanyi Ssentamu is Tuesday morning expected to appear before the chairman Electoral Commission Justice Mugenyi Byabakama and his team following his inability to honor their summons on Monday.

Kyagulanyi is expected to defend himself against allegations of flouting EC guidelines.

The Electoral Commission summoned the two presidential candidates; NUP’s Kyagulanyi and FDC’s Patrick Oboi Amuriat to appear before it as well as two Parliamentary candidates for repeatedly flouting of COVID-19 guidelines that limit public gatherings.

The commission was however shocked when the presidential candidates were a no show but sent representatives instead.

While Kyagulanyi sent party vice president Mathias Mpuuga, Secretary General Lewis Rubongoya, spokesperson Joel Ssenyonyi, lawyer Medard Sseggona and others to represent him, Amuriat sent party lawyer Julius Galisonga who told the commission that his candidate was unable to honor the summons because he was campaigning in Karamoja sub region which made it logistically impossible for to return to Kampala.

Galisoga then proposed that Amuriat appears at the Electoral Commission on December 19 when he is expected to campaign in Mukono. The commission however gave Kyagulanyi a deadline to appear today at 9:00am, while Amuriat must appear tomorrow December 16.

“EC has deferred the meeting with Presidential Candidate Robert Kyagulanyi of NUP to Tuesday 15th Dec 2020 at 9am & the meeting with Candidate Amuriat Patrick Oboi FDC will be held on Wed 16th Dec 2020, at 10.00am, respectively, when the candidates will appear in person” EC said.

The Commission emphasized that the matter for discussion, the persistent breach of campaign guidelines requires the presence of the individual candidates, having noted that physical presence was critical considering that this was not the first time the EC was discussing the important matter of non-compliance with campaign guidelines.

The EC further noted that the said candidates are holding their campaigns in a manner that violates the Guidelines of Conduct of Campaign Meetings.

Kyagulanyi however insists that the commission invites President Museveni too if they want to show fairness.

“To show that they are serious people and an independent Commission, they must also invite Mr. Museveni to appear before them in person and explain how all these meetings have been taking place under the guard and watch of the police and the military” Kyagulanyi pointed out.