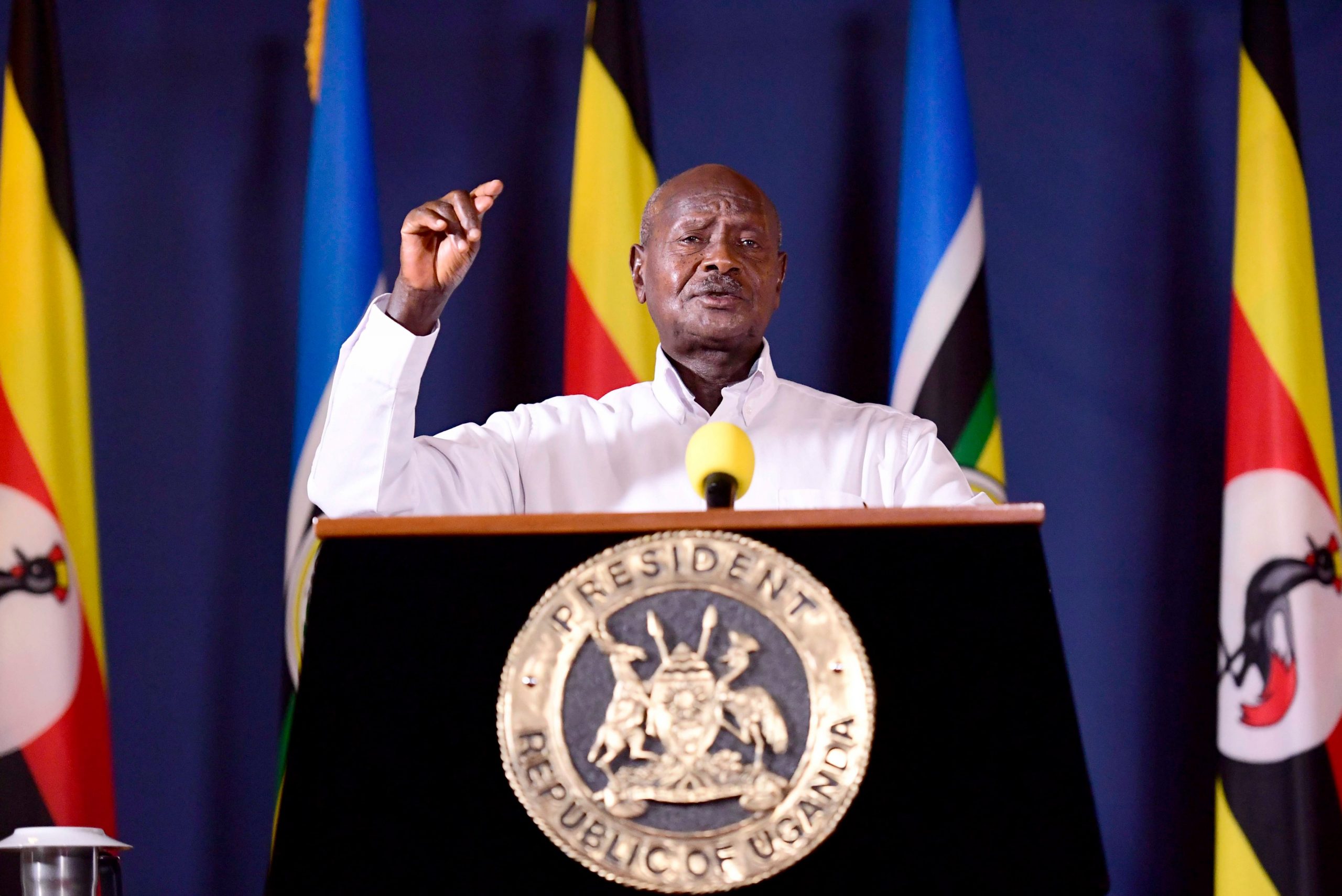 While addressing the nation on Sunday night, President Museveni said that Kyagulanyi should never have gone to Court to accuse the NRM of cases committed by NUP.

He also accused the police of being bribed by the NUP and they did not follow up when NRM supporters who were being attacked by their NUP counterparts came to report.

“It is the opposition especially this group of Kyagulanyi that cheated massively. Everybody in Uganda knows who cheated, it was Kyagulanyi’s group. Those votes which they are talking about are not there. There was ballot stuffing massively here in Kampala and other parts of the country where we had weak organization. Of course, their ballot stuffing was helped by weak organization of NRM” President Museveni said.

The president noted that in a certain area, a police officer advised NRM supporters that they shouldn’t put on yellow outfits if that is why they were being brutalized by the NUP criminals.

He also expressed disappointment in some elders who encouraged young people to intimidate his supporters, but noted that NRM won despite all this. Adding that there was a lot of intimidation facilitated by NUP in Buganda and a little bit in Busoga. He mentioned areas like Kyotera, Mawokota, Mpigi, Wakiso and in Kampala.

“There was very vicious intimidation and attacks, burning of houses, cars and cutting of banana plantations in some areas, all this is documented. And what was interesting was the police not intervening, because some of the police men had been bribed not to intervene like for instance in one area, NRM people were reporting that they were being attacked and then the police man told them that if they are attacking you for putting on yellow, don’t put it on, don’t disturb us. We are not involved in politics” Museveni said.

He warned that all the police officers that did not do their duty, will be arrested and held accountable for inciting law breakers. He says failure of police to handle law breakers forced government to bring in the army to crush the criminality that has been going on.

Meanwhile, President Museveni says they have cautioned NUP supporters who were arrested and they provided information before being released to go back to their families.

He also asked security operatives to apologize to those who were attacked, while police officers who were pointed out for not doing their work will be fired and won’t be allowed to work in security again.

“The young people who were arrested were released and others helped security forces to dismantle criminal gangs.” The President noted that the opposition had been planning to stop the swearing in of president but that this would not happen. He also accused them of killing opposition people and blaming it on the NRM government.

Police officers in Sipi Region warned against Corruption, Indiscipline
6 girls give birth during UCE as Examinations near e
Advertisement