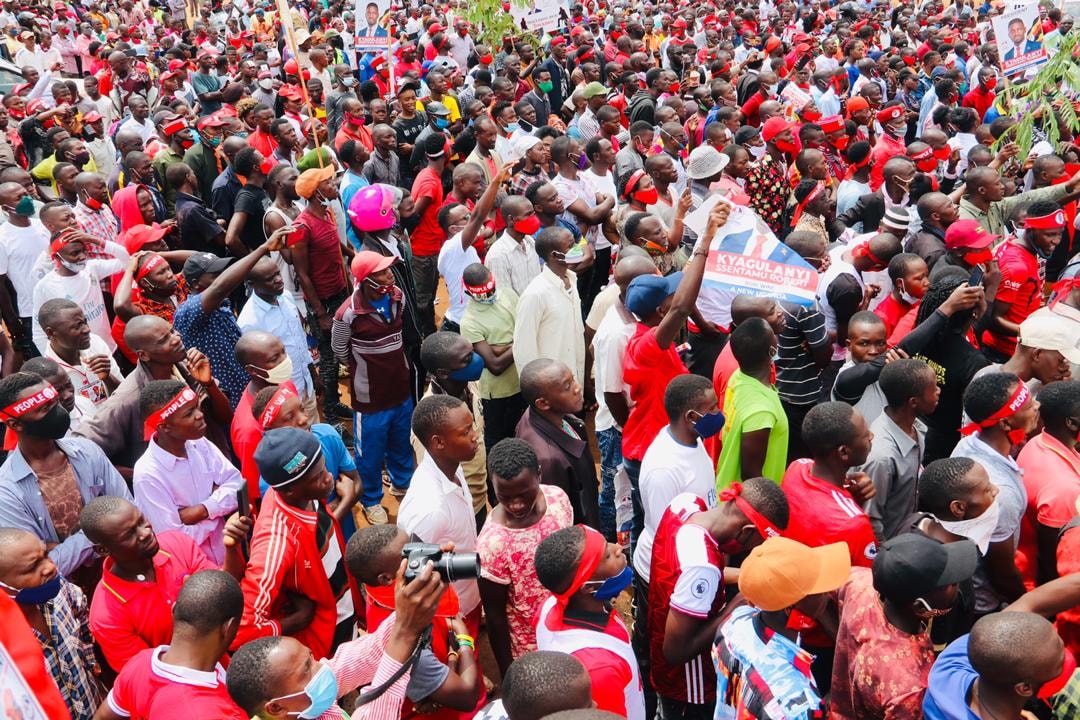 Presidential and parliamentary candidates as well as candidates standing in different capacities shall not carry out campaigns in the areas of Mbarara, Kabarole, Luwero, Kasese, Masaka, Wakiso, Kabarole, Jinja, Kalungu, Kazo, Kampala & Tororo, the electoral commission has directed.

According to Paul Bukenya the Ag. EC spokesperson, the commission has suspended campaign meetings in the above districts/cities because they are categorized by Ministry of Health as having high spread of Covid19.

This means all candidates who had not yet has physical campaign meetings in these areas shall now use scientific means like Radios, TV and social media among others to campaign.

However, the news was not welcomed with smiles by the opposition candidates especially the National Unity Platform Presidential candidate Robert Kyagulanyi Ssentamu, who described President Museveni as a coward who has ordered for suspension of campaigns in districts where people will turn up in thousands to support the opposition.

“What a coward Gen. Museveni is! Initially, they said we didn’t have support upcountry. They have been surprised and scared to the teeth by the MASSIVE SUPPORT we have received everywhere, including Museveni’s backyard in Kiruhura and Kazo. They have done everything possible to block us, but people have still showed up. They have beaten the people, but the people have stood their ground” Kyagulanyi said.

Adding that; “Now, they have suspended campaigns in districts where they think people will show up in hundreds of thousands! Of course they had to add some other districts in order to sanitise their panicky actions. In real sense, Museveni is so scared. He can’t imagine what would happen if we stepped foot in Kampala, Wakiso and Masaka! He has done everything to block our visit to Jinja and I am not surprised it has been suspended too! Friends, isn’t this enough evidence that we are winning?”