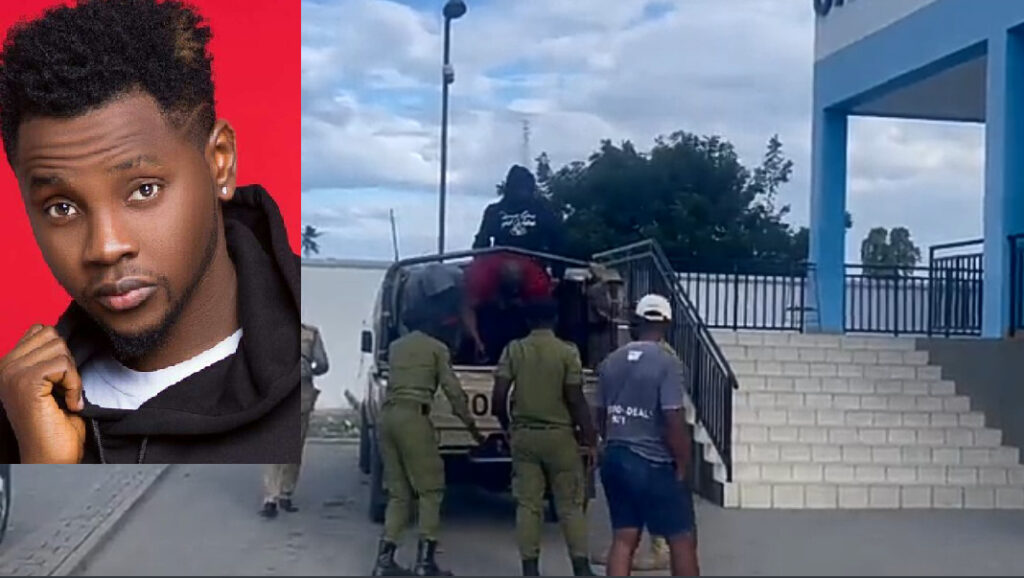 Word coming in from our Moles is that Kizz Daniel was over the weekend arrested in Tanzania, shortly after staging a successful concert in Kampala, Uganda.

According to the Moles, Kizz Daniel was arrested over allegations that he refused to perform at a concert that had been organized in Dar-es-Salaam and had been paid for the same.

Following the disagreement between Kizz Daniels and the organizers, the police were notified and before long the singer and his team were rounded up and taken into custody.

The Buga-hitmaker is currently on his “Afro Classic World Tour”, which sold out in Uganda on Saturday.

He was to perform in Tanzania’s coastal commercial hub before heading to Rwanda on Saturday, August 13.

He has toured the United Kingdom and the United States, where thousands of fans turned out to watch him perform.

In a viral video on social media, the Nigerian singer and his companions are seen being taken by Tanzanian police officers from Johari Rotana hotel to Oysterbay Police Station, both in the city center.

“I told you yesterday…I begged you for two hours, apologies to the police now,” an angry voice is heard saying.

At the time of filing this article, Kizz Daniel and his team were still in police custody although Moles reveal a negotiation process for the singer and his team to refund the money plus the losses incurred by the concert organizers were underway.

We shall bring you updates in our subsequent reports.