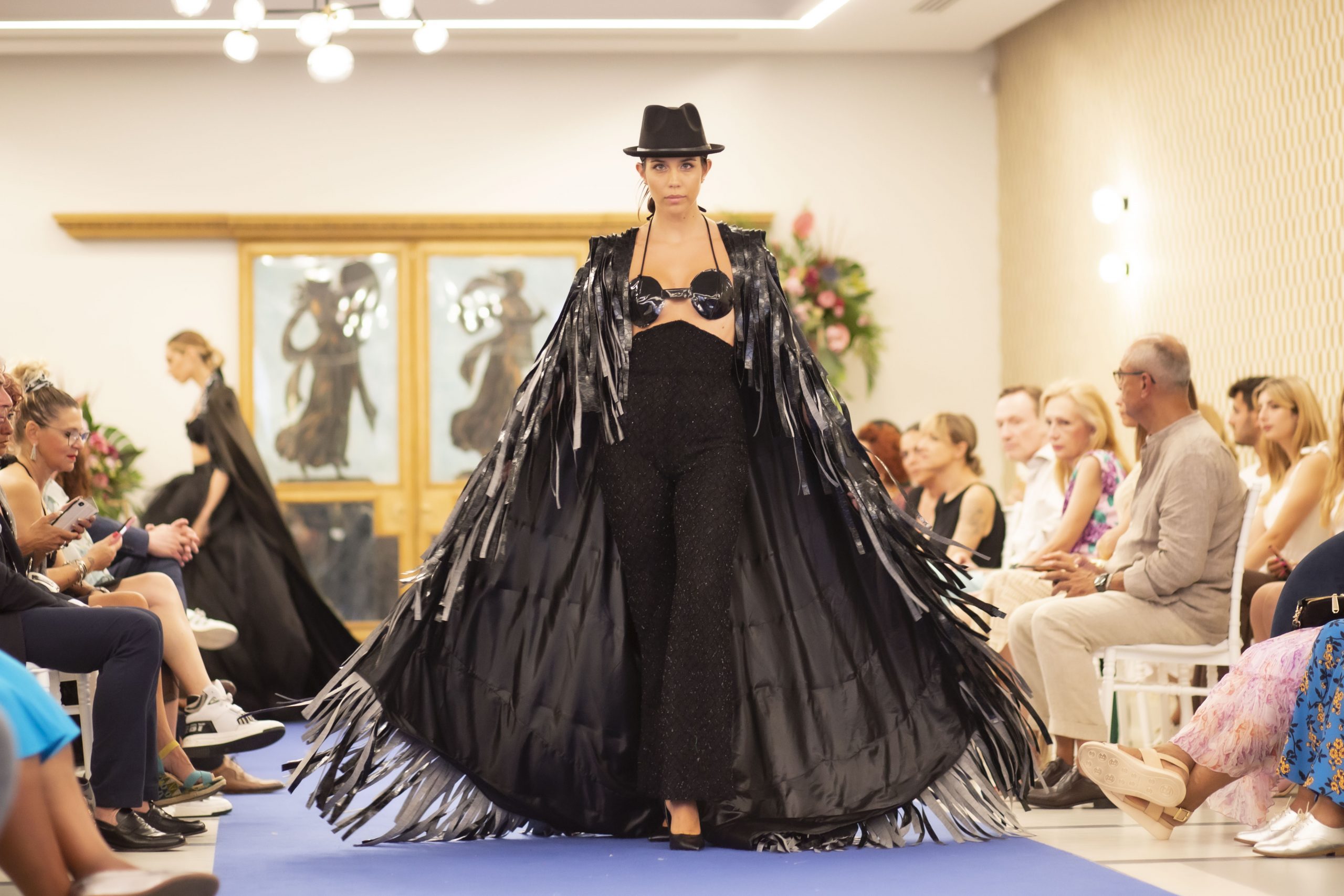 Ugandan Fashion Designer, Kaijuka Abba has further cemented his place on the Uganda fashion scene, and in case you were unsure of how that could be, then his recent showcase in Italy is a true testament to that.

The celebrity stylist, who also just showcased another collection in Nigeria, released his monotone collection in the city of Turin, Italy.

The collection featured both men’s and women’s wear, which was anything but understated. The pieces were accentuated with spiky shoulder details, structured belts, and sheers.

The three-day event that doubles as an international bilateral event for textile and fashion industry players is organised by TMODA. The event’s main goal is to highlight emerging fashion designers and innovative brands from across the world.

“I am a firm believer in going for what would be scary to you the most as a creative. Showing in the stunning city of Turin is something I would never have imagined in my entire life. And the positive reception I got from those in attendance at the show was overwhelming, to say the least. This is the one choice I’m definitely going to be relieving for a while. It was magic!” the designer stated.

Continue Reading
You may also like...
Related Topics:Abbas Kaijuka, Featured

Kizz Daniel Arrested In Tanzania For Failing To Perform
Faridah Nakazibwe To Bring Baganda Together Through “Greater Masaka Fete.”
Advertisement