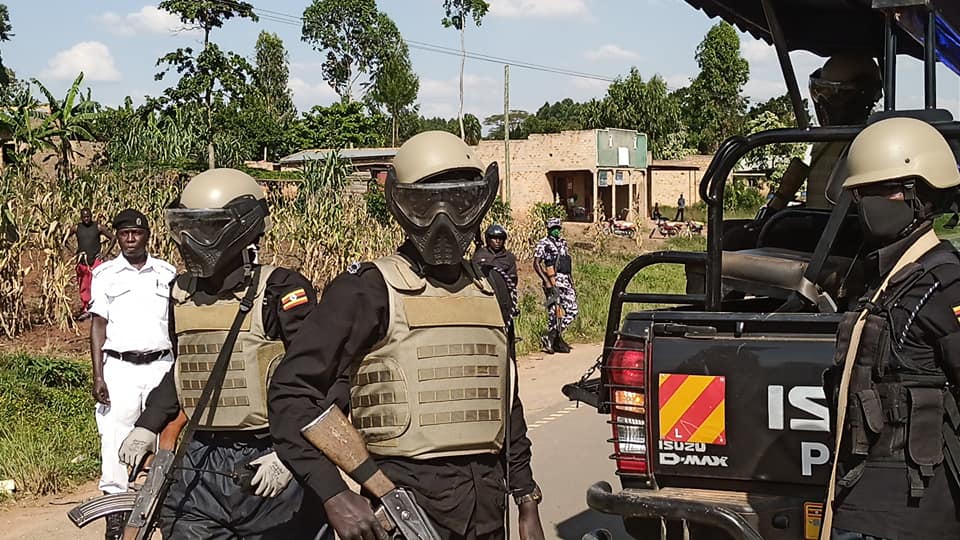 Uganda Police Force’s Professional Standards Unit –PSU has commenced investigations into 11 police officers attached to the security detail of three former presidential candidates, Robert Kyagulanyi of the National Unity Platform, Patrick Oboi Amuriat of the Forum for Democratic Change, FDC Party and their Independent counterpart Katumba John.
Six of the officers were attached Kyagulanyi while three others belonged to Amuriat’s camp while the other two were attached to Katumba.

According to the PSU, Kyagulanyi’s escorts are accused of repeatedly obstructing Officers In charge –OCs, CID commanders and District Police Commander –DPCs from arresting the presidential candidate for defying COVID-19 preventive guidelines.

These incidents reportedly happened in Kayunga, Iganga, Namisindwa, Lwengo and West Nile districts among other areas.

However, officers in Amuriat’s camp are accused of aiding his escape from arrest in areas where he committed traffic offences and allegedly bruised policemen and their commanders.

The incidents happened in Mbarara, Rukungiri, Kamwenge and Ibanda districts.

Meanwhile, Katumba’s escorts are in trouble for confronting CID and intelligence officers while on covert operations in Kabalore and Bunyangabu districts when they even went physical with policemen that wanted to grab the candidate.

They have since been arrested and later released after recording statements with PSU.