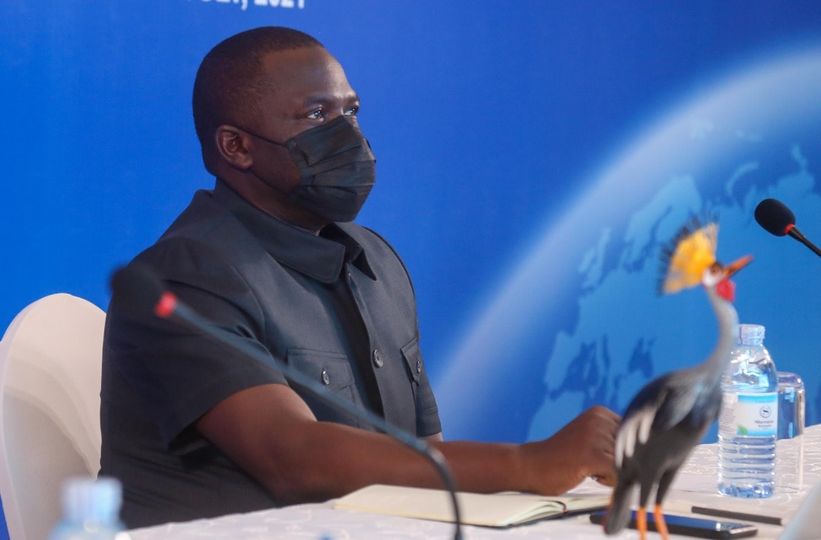 Interparty Organisation for Dialogue-IPOD wants government to lift the suspension of the Democratic Governance Facility-DGF, a consortium of donor for good governance programs in Uganda.

In February this year, President Yoweri Museveni wrote to the Ministry of Finance to halt the facility and accused the Permanent Secretary of irregularly and unilaterally authorizing a foreign mission in Uganda to operate the 100 million pound sterling fund.

The President further noted that unlike prior grant arrangements like the Democratic Governance and Accountability project in which there was transparency and representations from government, the government had no say or oversight in DGF and how the facility was being administered in the country.

While speaking to journalists at the IPOD secretariat in Ntinda on Tuesday, members of the IPOD Council appealed to the government to lift the suspension on DGF, saying its suspension has crippled political party activities.

The Secretary General of the ruling National Resistance Movement-NRM party Richard Todwong, said DGF was funding capacity building activities in political parties including training of members especially those being groomed for leadership. He added that now parties cannot conduct such activities due to lack of funds.

His FDC counterpart Harold Kaija, said that one of the biggest challenges Uganda faces is bad leadership, which can only be addressed through training.

Kaija, who is the Deputy Secretary General for FDC said leaders are not self-made but rather trained and groomed, and so, political parties cannot raise enough funds from members to conduct training among other capacity-building programs initially funded by DGF.

According to Gerald Blacks Siranda, the Secretary-General of the Democratic Party- DP, Uganda needs to nurture its young people; women and persons with disabilities to be better leaders and this can be achieved through training.

IPOD Executive Secretary Frank Rusa said that they have been able to continue with a few administrative activities using other sources of funding like the Netherlands government but political parties, whom they work with, are largely affected.

IPOD has also opened doors to new parties with representation in Parliament including NUP as they draft a new Memorandum of Understanding-MoU that will run from 2022 to 2026.

2021 Poll; Democracy in Undemocratic times
FDC Calls for every Ugandan to be granted National Identification Card without delays
Advertisement