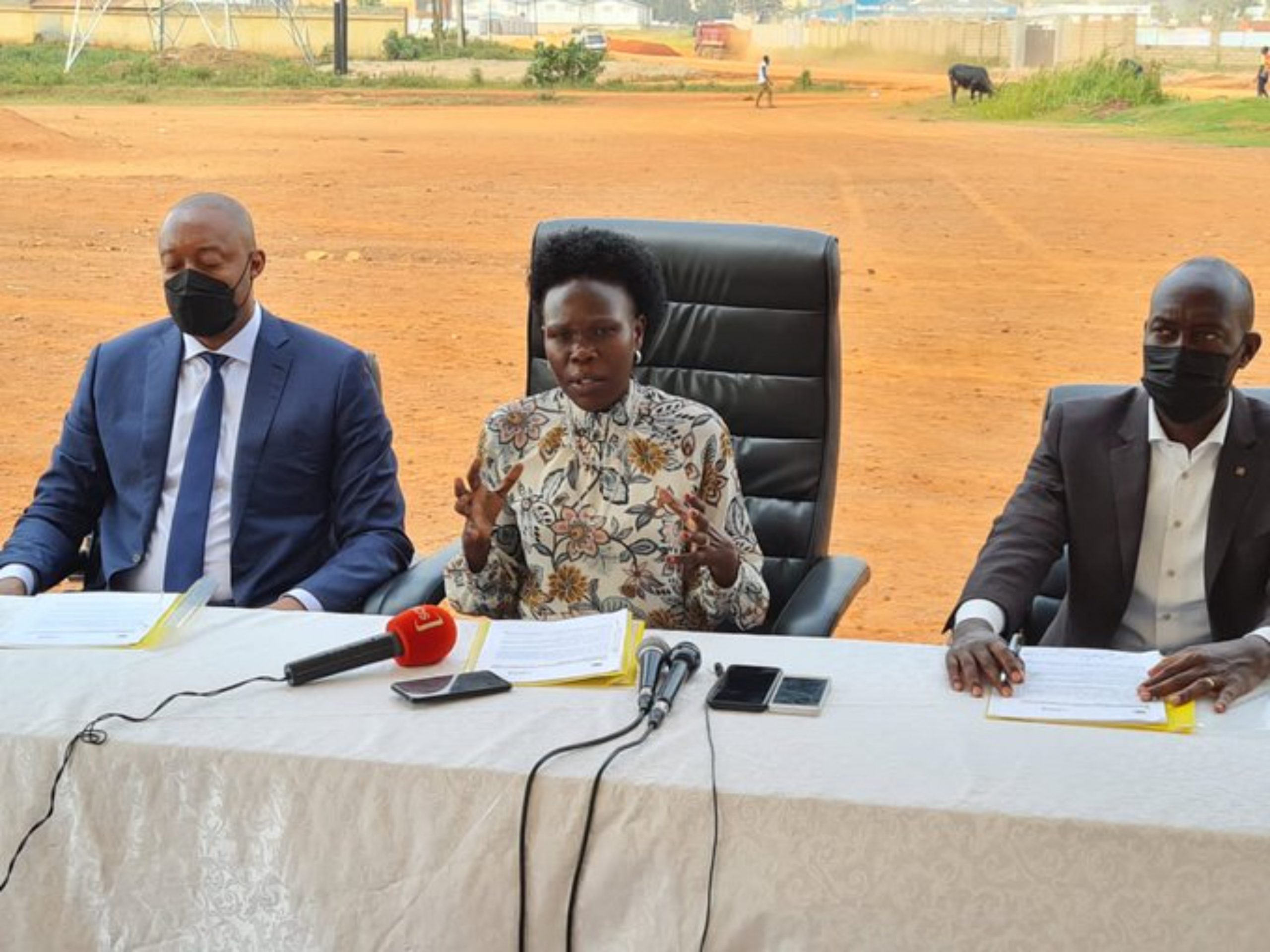 Uganda Investment Authority-UIA has been directed to repossess plots of land in Namanve Industrial Park that have not been utilized by investors.

The directive came from the State Minister for Investment and Privatization Evelyn Anite who visited the Park on Tuesday.

She noted that five investors who were allocated land at the park have failed to develop it ten years after receiving the titles.

“In cases where the investor is unable to meet their development milestones, the UIA can take administrative and legal steps to rectify the situation. These steps could extend to declining lease renewals or land withdrawal. Where land is withdrawn, it is reallocated to investors who are ready to get their projects started,” says Anite.

Surgipharm, which was allocated 3 acres in 2007 for the purposes of investment in a warehousing project. The lease was canceled and the land withdrawn in 2020. This land was reallocated to Allied Graphic systems in 2020 and the company intends to invest 4 million USD and employ 148 people.

Tirupati Developers Uganda Limited was allocated 8 acres in Namanve in 2009 to develop warehouses and invest over 9 million USD. During that whole period of over 10 years, they only built warehouses on 2 acres and rented them out contrary to the lease agreement plans. In October 2021, 6 acres were withdrawn and reallocated to a company that intends to invest 20 million USD and employ 590 people.

Zamburi Holdings, which planned to invest about 1 million USD, was offered 0.5 square miles of land in 2020 for purposes of mixed farming.  To date, they have only dug a valley dam, erected temporary fencing, and had about 40 heads of cattle. This land was withdrawn in 2021 and reallocated to an investor who will invest 2 million USD and employ 850 people.

Divine Oils were allocated 8 acres for the purposes of setting up a lubricant and oil blending Plant in 2018. They held this land for 3 years and failed to invest as per the lease agreement tenets and the land was withdrawn in 2020.

It was reallocated to Mungufeni who plans to invest 6.9 million USD and employ 87 people and Engineers Investments which will invest about 2 million and employ 43 people.

Mariana Agencies Limited was allocated 76 acres in Namanve to establish a Soap and Vegetable oil plant or factory in 2014. During the 8year period, the investor has only backfilled a portion and no factory was built within the 5year timeline given.

UIA withdrew 50 acres to allocate to other serious investors and to be used for the infrastructure development in the park.

All these investors have run to Court, a decision Anite says has cost many Ugandans their jobs.

“What we have, unfortunately, seen as we manage this land is that, there are a number of investors who are unable to execute their projects and the land sits idly for long periods of time. As a result, we have withdrawn and reallocated this land. Some of these investors have opted to take legal action to stop or change the reallocation process which has a ripple effect on our level of production as a country, the number of jobs being created and on the overall health of our economy,” Anite added.

While addressing the media after her visit, Anite said that each of the five investors received the land of approximately 70 acres but they have been non-compliant.

The minister added that the investors were supposed to start developing the land within five years but even after receiving notice to withdraw titles, they have not responded.

Anite added that she was also surprised to find out that investors who signed an agreement with the government to receive free land fenced empty sites while others had done nothing on their plots and others turned part of the land into football pitches.

The Chairman of Uganda Investment Authority, Morrison Rwakakamba says that there are several investors who are in need of land.