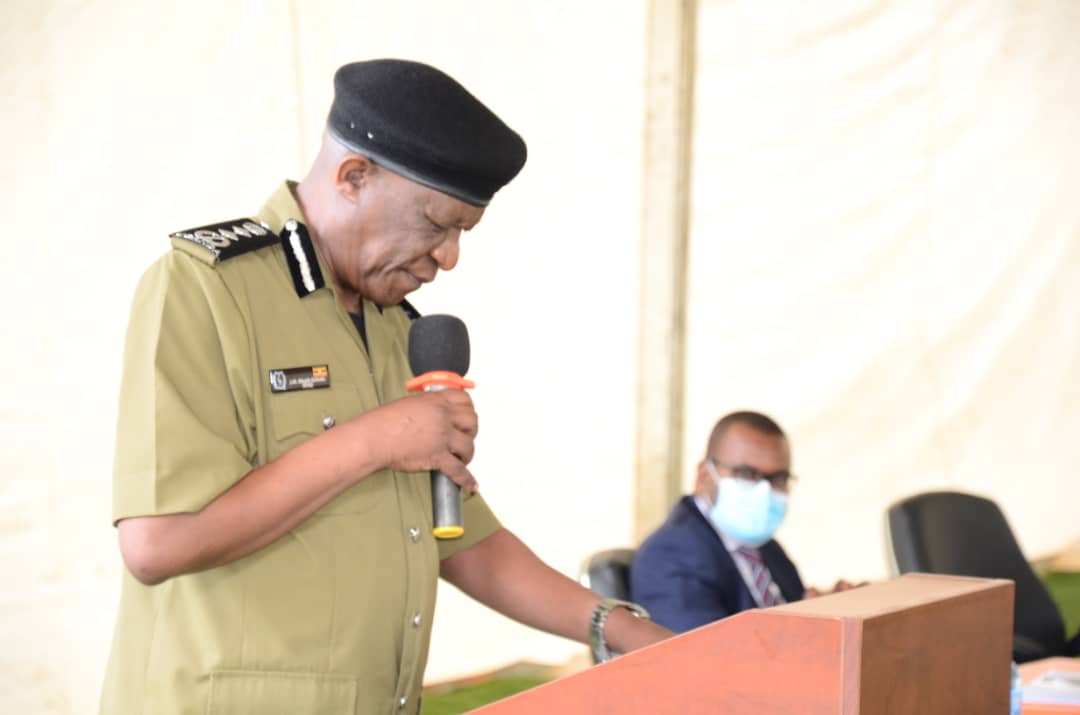 The Uganda Police Force has embarked on in-service refresher training for Police officers especially for what is loosely termed as “perishable skills” which can diminish without training and deemed absolutely necessary and, when neglected, can lead to lawsuits.

The development was communicated by the Inspector General of Police, IGP J.M. Okoth- Ochola, (Esq.) at the opening ceremony of a workshop on “Understanding Civil Litigation from a Police Perspective” which is taking place at the Police Headquarters, Naguru.

“I’m of the belief, that, our Police officers will only perform well when properly trained, supervised, and, guided to apply the right tactics and judgment in the performance of their duties without negative emotions” the IGP said.

The workshop has been organized by the Directorate of Human Rights & Legal Services to ensure that all Police Officers to understand the nature and extent of victim actions against Police or its Administrators.

IGP Ochola says that there are substantial indications that civil litigation against the Force and the subsequent effect to its personnel have increased significantly.

He added that the institutional consequences of civil suits include financial costs and bad publicity, even if the suits are successfully defended. Adding that civil litigation can also have consequences for the individual officers involved, including financial costs, psychological stress, and a reluctance to perform policing tasks that carry a high risk for civil liability.

He mentioned some of the incidents that commonly give rise to civil litigation against police as; misuse of firearms, unlawful arrests, search, and seizure, poor responses to complaints, illegal detentions etc.

“As Uganda Police Force management, we have instituted a number of policies and procedures to manage and minimize the risk of civil litigation. Some of these include, but not be limited to; appropriate personnel selection procedures, training, sensitization and supervision. The Force management has also put in place mechanisms that discipline, demote, terminate the employment of and, in some cases, file criminal charges against individual Police officers whose conduct does not rise to the performance level expected. But more needs to be done especially at the operational level” Ochola said.

He implored all Unit commanders to sensitize their subordinate officers to apply the well-established Police policies, procedures, rules, tactics, behaviours, and practices that are lawful, endorsed by, and acceptable within the professional, Constitutional and legal limits.

The professional practices and standards are derived from, and given meaning and clarity by a variety of legal sources that include; The Constitution of Uganda, The Police Act, The Criminal Procedure Code Act, The Penal Code Act, The Evidence Act, and the Police Standing Orders, among others.

He applauded the Directorate of Human Rights & Legal Services, for organizing the workshop, but challenged them to come up with permanent solutions that end rights violations within the Institution.

“As you conduct your sensitization programmes, emphasis should be put on; Laws of Arrest, Search and Seizure, use of force, Constitutionalism, situation assessment, Planning, and Tactical execution, Firearm safety, In-Custody Deaths and Human Restraint Techniques, among others” IGP Ochola said.