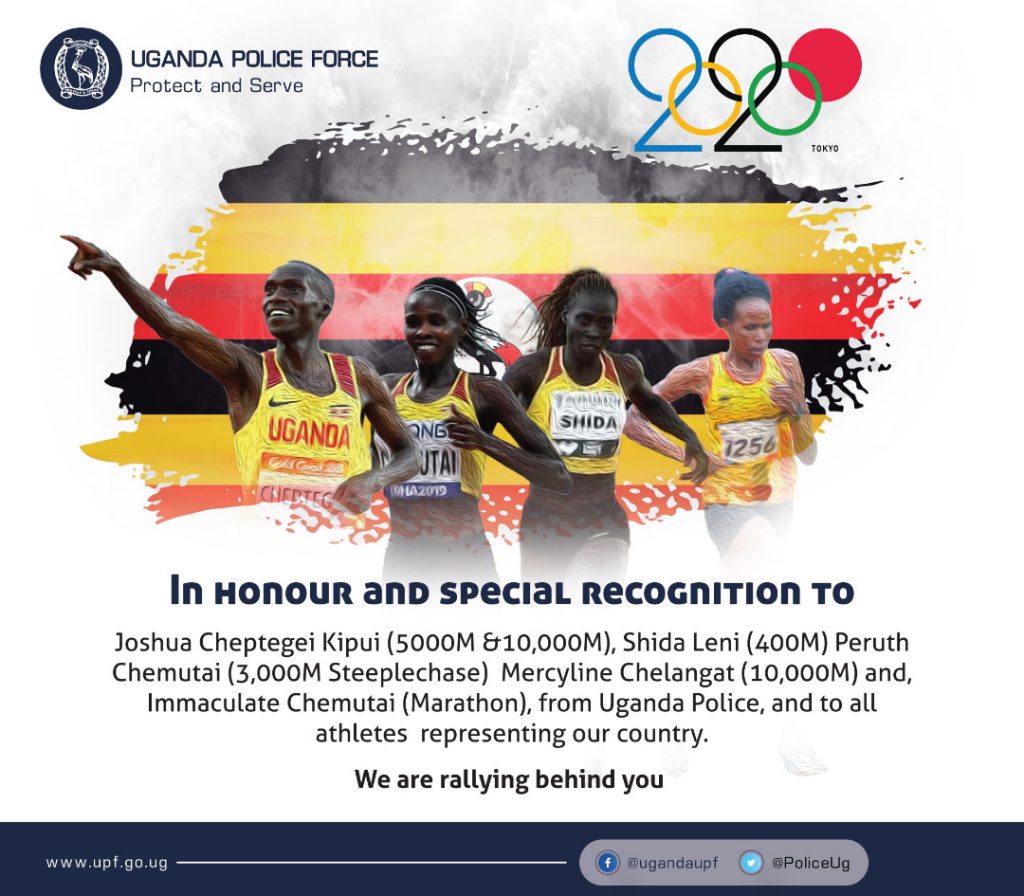 CP Fred Enanga the police spokesperson says the IGP in exercising delegated powers from H.E. The President, has promoted subordinate officers, who participated in the Tokyo 2020 Olympics, to various ranks of Corporal to Inspector of Police. They are promoted as follows;

They are all being recognized for their athletic excellence in the most recently concluded Tokyo 2020 Olympics.

According to Enanga, the letters appointing them will be handed over to them during the piping ceremony and in celebration of their achievement at Police Headquarters, whose arrangements are in place.

‘The IGP continues to thank them for their historic win and achievements for the country and the Police Force as well.  They are therefore being rewarded for the great success, pride, and jubilation they brought to the institution and the country’ Enanga said.

The IGP further encouraged them to continue excelling in their field of sports and inspire young talent into sports and further take their responsibilities very seriously in promoting the image of the police and Uganda as a country.

Uganda-Kenya move to include boys in fight against FGM, Child Marriages
Two struck dead by lightning in Kanungu district
Advertisement