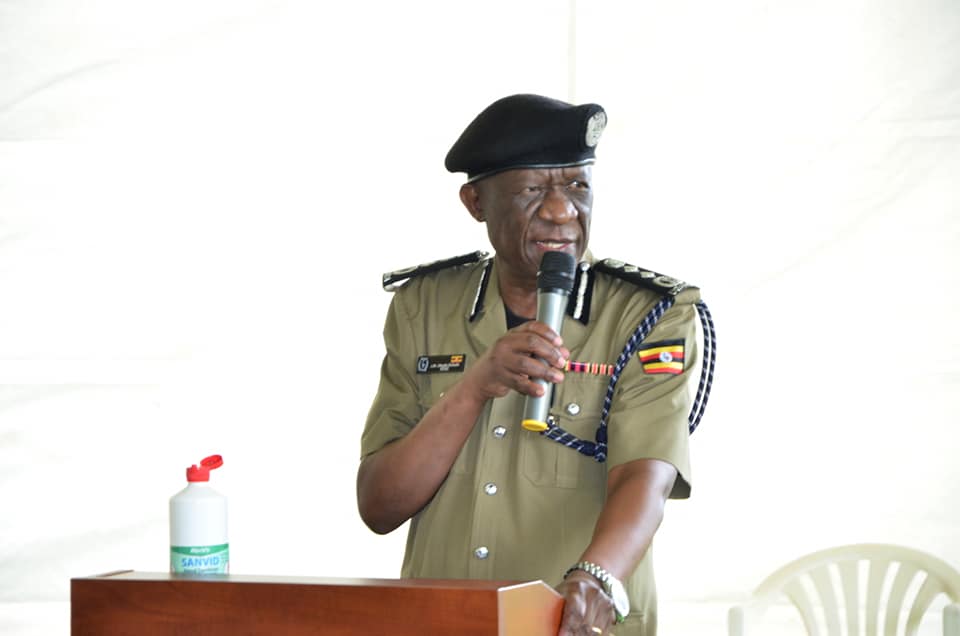 The Inspector-General of Police, IGP Ochola Martin has applauded two police officers for reporting a woman who attempted to bribe them.

According to CP Fred Enanga the police spokesperson, the officers were approached by a lady identified as Asiimwe Oliva who wanted them to forego an investigation against her brother Akainyijuka Ivan. She had offered them UGX 1,000,000.

Akanyijuka was arrested alongside two other accomplices Kavuma Barnabas and Kato Ivan on charges of robbery, following an attack on 11th March 2022 at Lungujja Lubaga division.

It is alleged that the gang made up of the trio were mugging and attacking pedestrians who were going back home from work. Their work was similar to that of Kasolo and Kifesi groups.

On a fateful evening, the suspects attacked Muganda Musa a chapatti maker in Lungujja and stabbed him. They also took a sum of Shillings 60,000 from the victim.

However, Musa made an alarm which attracted the police officers who were on patrol who rushed and saved him from the thugs and arrested them.

Now, Asiimwe Olivia tried to bribe DC Stanley Ibanda in order to kill the case and let the brother go. However, instead of secretly taking the bribe, Ibanda who is the investigating officer informed his superiors about the matter and they arrested Olivia instead.

Enanga who was addressing the weekly police press conference at Naguru police headquarters on Monday cautioned members of the public against using bribes to get away with crimes.

“We want to take this opportunity to warn the public that there are consequences in trying to bribe a police officer. These are offences that are punishable by the law. So every time you attempt to bribe an officer who has a duty to protect and serve, you tarnish his badge and the image of the force, an act that we cannot tolerate,” Enanga warned.

He also noted that this shows how the integrity of their officers and the force at large has improved.

“The IGP has thanked the officers because what they did is representative of the outstanding work of the officers of UPF in promoting transparency, integrity and professionalism by our frontline officers who are the majority. It is at that level that we tend to get a lot of complaints on integrity,” he said.