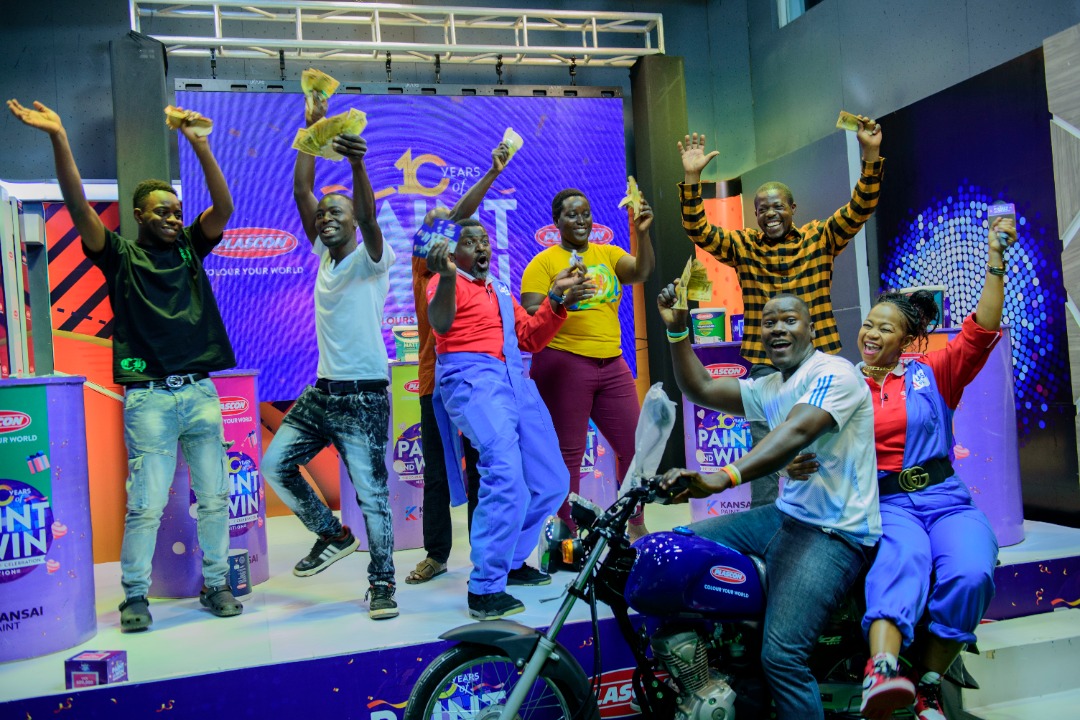 The promotion reached its halfway mark on Saturday 6thNovember 2021, when Hussein Salim Okiror from Mbale was the third winner for a Home Makeover. He said that he is a painter and kept buying paint though his bosses let him keep the scratch cards. No one believed that he would win yet, the fact you scratch these cards you even get some airtime which helps to carry on with the business.

Plascon had there 4th Paint & Win weekly draw on the weekend of  30th October and as usual there were 6 people who were the  lucky winners. This time round the big prize was the bodabodamotorbike that was to be won. The winner was Peter Lubwama, a painter from Naluvule in Wakiso district. Such was his excitement at receiving his first 1,000,000/= (which all 6 winners get before lifting the paint cans to see if they have won a Home Makeover / Bodaboda / more money) that he stated he was going to win that boda as he pointed at it excitedly. He said that since he got the call from Mr. Daniel Kayongo the Brand Manger Plascon Uganda, he had been praying that he would win the motorbike.  And his prayers were answered, he won the motorbike falling to his knees like a true football supporter.  He  said that he had been praying to win that boda so that he could go further distances to do his painting jobs. In his words, he said he has 1m for fuel and now his business will expand.

To enter the draw one has to:1. Buy Plascon paint worth 100,000/- or more2. Get a voucher and SMS the code to 7197 and stand a chance to win 1,000,000/- every day3. Instant prizes will include airtime and pens and during the activations, t-shirts, caps, keyrings, drawstring bags and umbrellas. 4. Daily winners will get a chance to compete for an extra 3,000,000/-, a motorbike or a home paint makeoverthrough the weekly TV engagements.