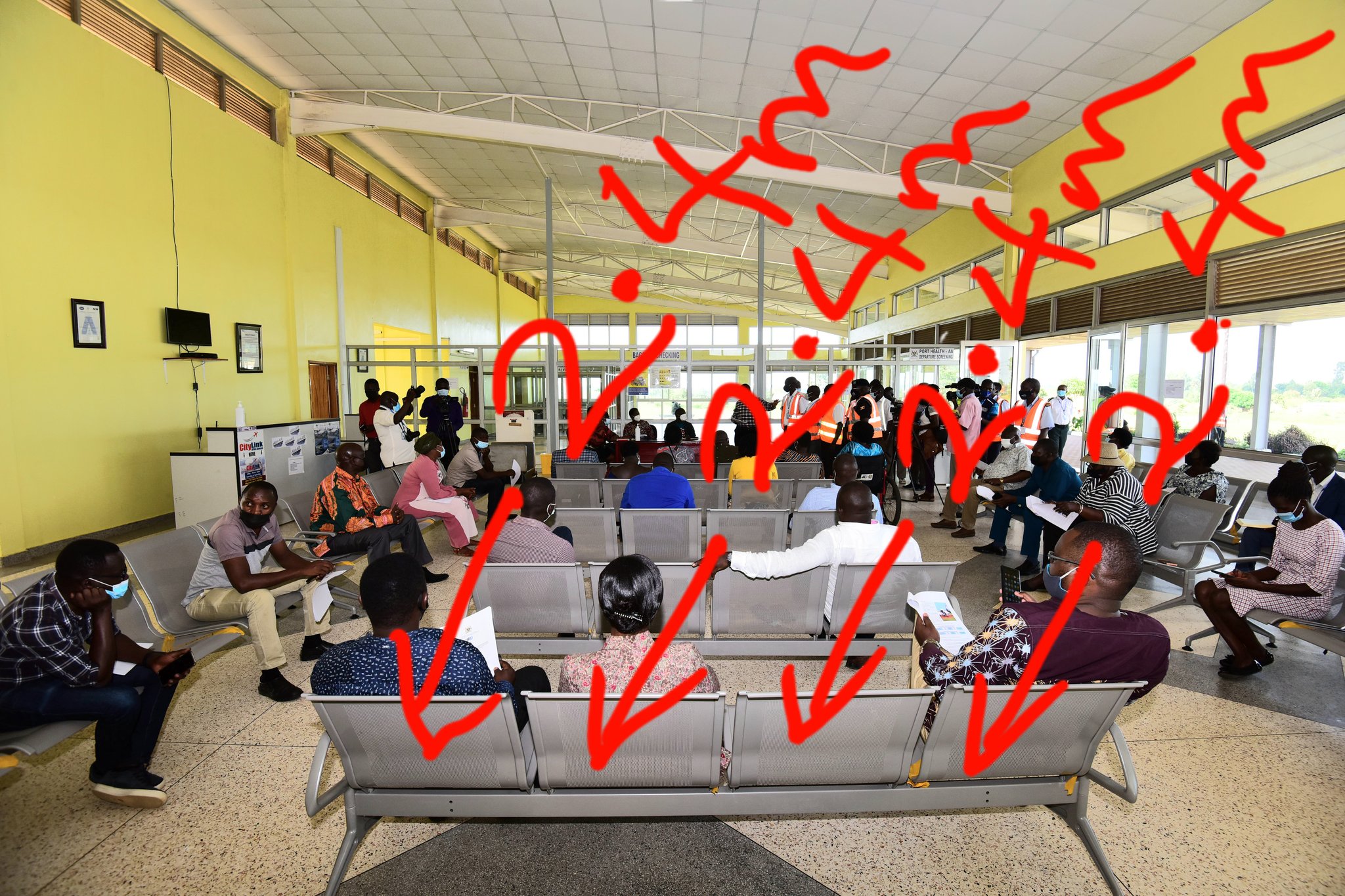 The Uganda Civil Aviation Authority has clarified that the contract for the ongoing construction of a perimeter fence around Aura Airfield at Uganda shillings 687,928,079 by M/s Lodina Investment Limited, was awarded through a competitive open domestic bidding process in line with the Public Procurement and Disposal of Assets (PPDA) Act.

The development follows reports on social media indicating that the wire fence was substandard, considering the amount of money spent, while also pointing out that a lot of money was spent on interlocking seats and trolleys.

This came to light after a visit by members of parliament on the Members of the Public Accounts Committee of the Statutory Authorities and State Enterprises (COSASE) in Arua,

In a statement, the management CAA clarifies that the perimeter fence is a chain-link mounted on concrete poles (with long service life in mind), and will cover a total length of approximately seven (7) kilometers around the airfield, on completion.

The statement adds that the contract price also included the relocation of a community access road and demolishing structures from the land recently acquired from the community. Given the magnitude of the task, previous Engineering estimates had projected the cost to be in the range of 750 million shillings, but following the competitive process that the procurement was subjected to, the best-evaluated bidder was at 687.9 million shillings only. The cost is very competitive and not exorbitant as may have been insinuated in certain circles.

“It is also important for the public to note that the perimeter fence for Arua Airfield is a chain link (not wall fence), just like that of Entebbe International Airport. The chain-link fence is preferred for safety reasons so that in case of an aircraft accident in the course of landing or take-off, the damage to the aircraft is reduced from what the case would be in case of crashing into a wall fence. This is a safety consideration” part of the statement reads.

However, CAA says that the supply was for 60 lounge seats configured into 4-seater and 5-seater configurations plus 40 baggage trolleys at a cost of Uganda Shillings 243,386,680. “Contrary to the wrong impression created that each lounge seat and trolley cost Uganda shillings 2,400,000, the total cost of the project covered Travel Luggage Trolleys (40), 4-seater Bench Airport seats (5 units totaling 20 seats), 5-seater Bench Airport Seats (8 units totaling 40 seats), back-to-back connection bars, shipping, delivery, and tax incidentals, among others. For the record, and in specific terms, each travel trolley cost 1.7 million Uganda shillings, each of the lounge chairs in the 4-seater configuration cost 1.6 million Uganda shillings, and the chairs in the 5-seater configuration each cost 1.4 million shillings” the statement says.

The procurement of the items is said to have also gone through an Open competitive bidding process and M/s Eclipse/Edilsoil J.V.C. Ltd emerged as the best-evaluated bidder for delivery of the quality products that are expected to stand the test of time, with a life-span of over 20 years backed with a 10-year warranty. In case any of the items break before the warranty date elapses, the manufacturer is supposed to replace it. Many airports procure such durable and high-quality furniture to be used for more than 15 years.

“It is not prudent to buy seats that would require replacement in a few months. The decision to procure this type is informed by high quality, durability, and the need for standardization in order to have similar seats to those used by other international airports. The market survey had an estimate of Euros 48,425 (about Uganda Shillings 208,227,500), exclusive of taxes.”

CAA adds that some local companies competed in the bid, but did not meet the high product standard specifications, which are commensurate with similar products used at other airports in the world. In relation to the trolleys, for instance, they have an automated and effective braking mechanism with self-adjustment, which enables a loaded trolley to stop as soon as the handler releases the handle, even when on a slope, among other advanced features. Such a trolley certainly does not cost the same as a basic one on the local market, let alone the materials from which it is made.

The Authority appealed to all stakeholders to verify facts before misleading the public.