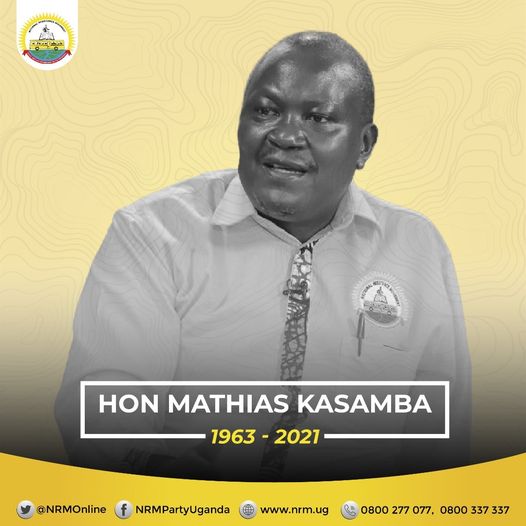 Namayanja made the revelation during the burial organising committee meeting held at Pope Paul Memorial Hotel in Rubaga on Wednesday.

She noted Kasamba has been a sitting member of EALA, a Director at NRM Secretariat, a former MP and a citizen of high reputation, adding that these among others have earned him an official burial from the government.

During the same meeting, Namayanja said that the Central Region CEC Member and State Minister for Tourism Hon Godfrey Kiwanda Ssuubi had been designated by the Government to Chair the Organising Committee.

The meeting was attended by EALA MP who also doubles as the Chairpersons of the Ugandan MPs to the East African Parliament, Hon George Odongo, Hon James Kakooza, Hon Mike Sebalu and Brig. Gen Elly Kayanja among others.

On Wednesday April 28th, the deceased’s body was moved from Nakasero Hospital to the Funeral Home.

Today Thursday April 29th Body driven from Rubaga to Kyotera District at 01:00 Pm, there will be a Church Service at Sanje Parish at 04:00Pm, at 06:00 Pm the body will be taken to the deceased’s home for vigil.

Tomorrow Friday, there will be a Church Service a Katovu Town Council ground starting at 10:00am and burial will take place at 04:00Pm at the deceased’s home.

Kasamba, the Director of Mobilisation and Cadre Identification at the NRM Secretariat, and member of the East African Legislative Assembly died on Tuesday at Nakasero Hospital where he had been hospitalized.