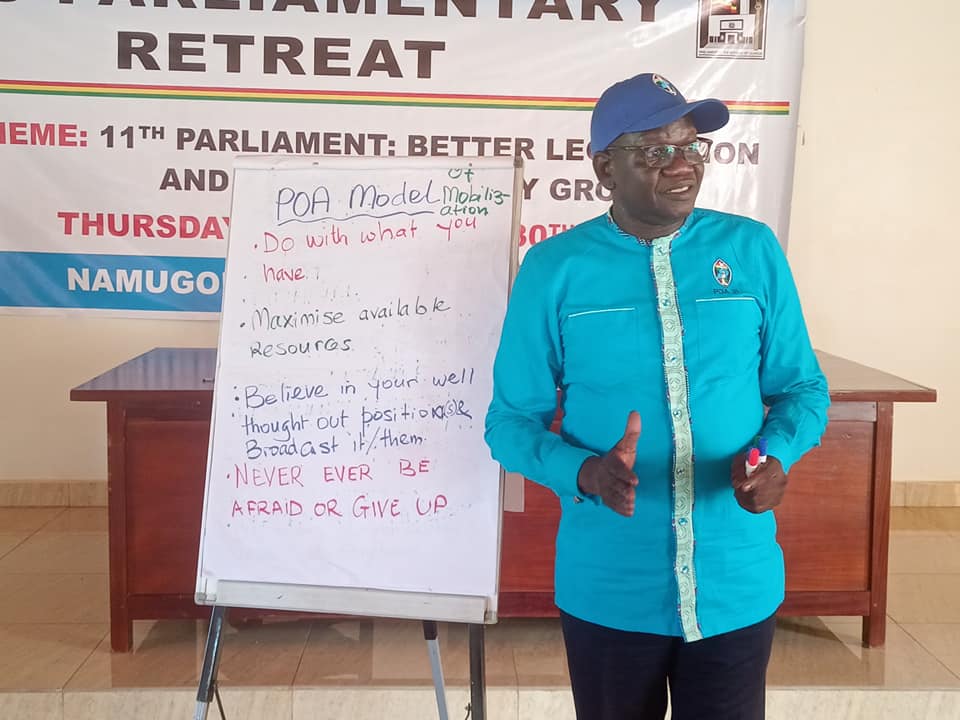 The retreat which is taking place at Namugongo-kyooto in Wakiso District, has brought together the FDC Members of Parliament elect for the 11th Parliament.

It is aimed at guiding and sharpening the FDC MPs to be effective legislators in the National Parliament; building their capacity in legislation and oversight in committees and the Plenary and as well as setting the legislative agenda as FDC Parliamentary caucus for the next 5 years of the 11th Parliament.

In his opening speech, the party president Hon. Amuriat congratulated the MPs, explaining that they fielded in excess of 200 members of parliament, but only 32 were successful.

“We are gathered here today to set the agenda for the next five years, we are here to set the tone that we are going to use as we go passed every milestone in the next 5years. Therefore, my friends it doesn’t matter that we are going to the 11th parliament as a small percentage of the total house. It would seem to anybody that you will not be making an impact in what happens later in the country but my greatest happiness is that the FDC has fielded not just MPS elect but quality members of Parliament” Amuriat said.

He added that as a party, they have taken time to look at all the MPs and have no doubt that even with their small numbers, they are great people representing the great nation.

“Therefore, conversant of the theme “11th Parliament; better legislation and enhanced party growth,” our expectations of you is a very high that you are going to go to that house as an effective legislator. We also believe that the struggle to liberate this country will not only be achieved in the 11th parliament but act as a catalyst to bring change to our country. There is also a high expectation of you when you get to the communities to speak to and show them direction” Amuriat added.