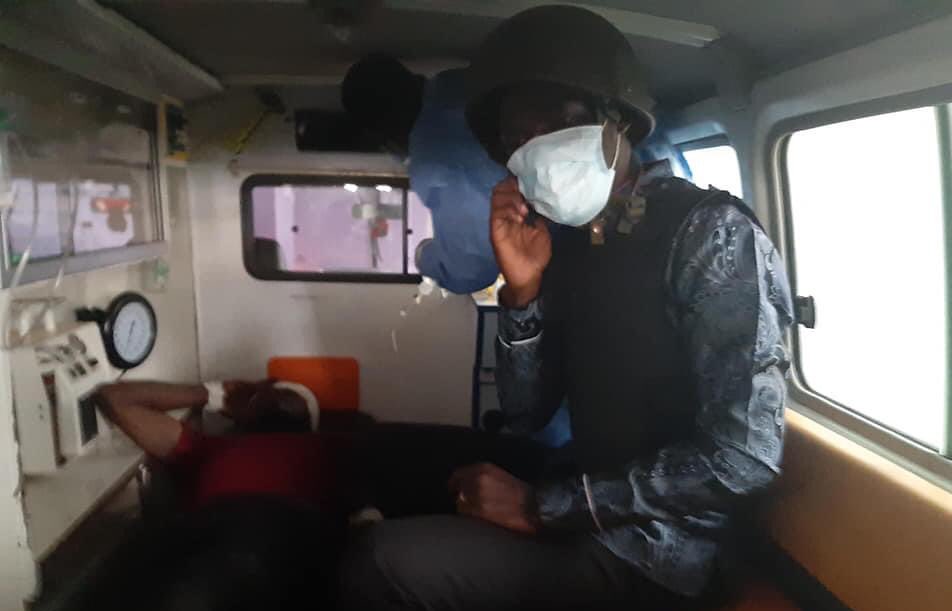 Ghetto Media Camera man Kasirye Ashraf who was on Sunday morning allegedly shot in the head by police in masaka district has regained consciousness.

Kasirye was shot at while covered the National Unity Platform Presidential campaigns on their way to Lwengo. There was a fracas at Kyabakuza enroute Lwengo, according to reporters on ground.

“Comrade Ashraf Kasirye (Ghetto media) has been shot. He is in critical condition. Doctors are doing their best to save his life” the NUP Presidential candidate Robert Kyagulanyi said.

Kasirye was rushed to Masaka regional referral hospital where he received treatment before being transferred to Kampala.

While at the hospital, Kyagulanyi shared some graphic images of the injured journalist and accused President Museveni of ordering the hit; “
These are pictures from hospital, where our brother Kasirye Ashraf was rushed to immediately after being shot on the head! Pleading with God to save the life of this wonderful soul. To you Gen. Museveni and the criminals you command to target and murder Ugandans, you must understand that your time is soon running out. This is our country” Kyagulanyi wrote.

Earlier, news spread on social media that Kasirye had been shot dead, but this was quickly denied by CID spokesperson Twine Charles Mansio.

“Disregard the information that Kasilye Ashraf has been shot dead. Ashraf is alive and admitted in Masaka Regional Referral hospital and Police is trying to establish the cause of this unfortunate injuries he sustained” he tweeted.