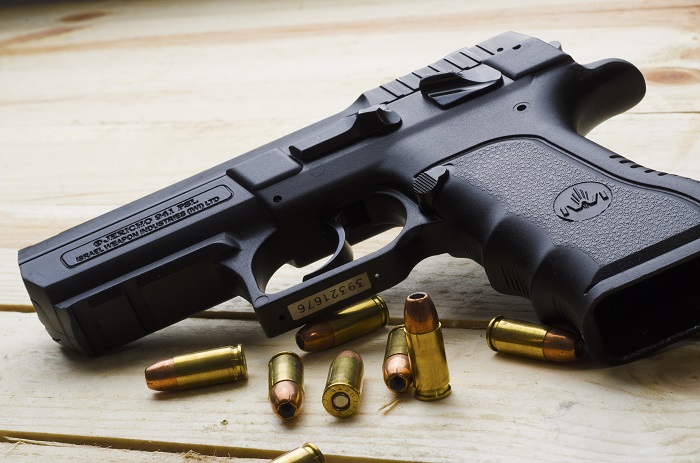 Four people are in custody in Amuru district after they were arrested with an illegal firearm.

According to Patrick Jimmy Okema the Aswa River Region Police Spokesperson, the men were arrested from Palabel Parish in Attiak Sub County along the Gulu-Kampala highway, aboard a motor vehicle registration number UBG 877S driven by Lemi.

The suspects were intercepted by patrollers at around midnight and a pistol serial number 38319283 Jericho with 15 rounds of ammunition was discovered in the car during a search.

However, the suspects failed to account for themselves and the pistol, prompting their arrest.

They are being held at Atiak Police Station for illegal possession of firearm, their case reference being CRB 67/2020.

The development comes at a time when security agencies are working day and night to recover 15 guns that were stolen by inmates who escaped from Moroto government prison last week.