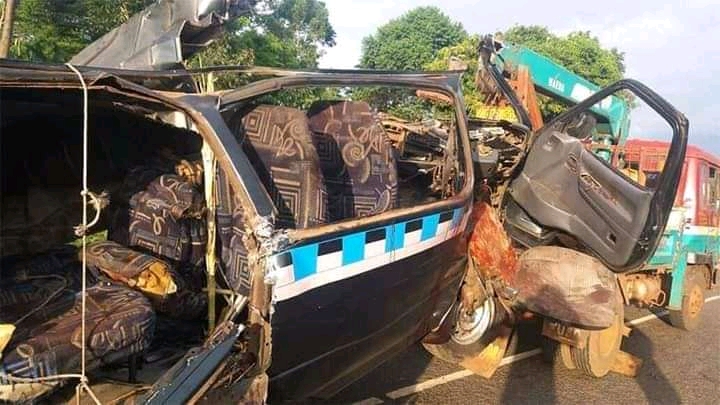 The police in Masaka have confirmed that the number of people who perished in the Thursday morning accident on the Masaka-Mbarara road has hit 15, after one of the survivors died from Masaka Regional Referral Hospital last night.

According to Muhamad Nsubuga the Masaka Regional Police Spokesperson, the deceased is Lydia Nakabubi.

He added that Nakabubi is from the same family that lost three members in the accident, which claimed 14 lives on the spot, on Thursday morning.

Only one person is said to have survived the accident and this is the driver of the truck that rammed into the taxi, who is now undergoing treatment at Masaka Regional Referral Hospital.

Nsubuga adds that they were able to identify 12 out of the 15 victims, while two bodies remain unclaimed at Masaka city mortuary.

The fatal accident happened in Masaka city at Kamirampango village, Kasijagirwa along Mbarara by pass on Thursday morning during a heavy downpour when a speeding trailer had a head-on collision with a commuter taxi heading to Kampala from sembabule.

May their souls rest in eternal peace.