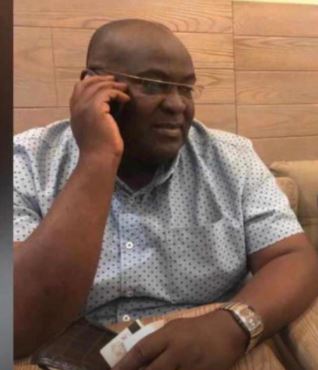 According to unconfirmed reports, he succumbed to COVID-19.

He had been in the Intensive Care Unit of TMR International Hospital in Naalya with heart complications since last week, until his death this morning.

Kawempe North Member of Parliament, Latiff Ssengendo Ssebagala described the deceased as a hardworking businessman who contributed a lot to the development of the country.

“Innalilahi wainailayhi Rajoun, Hajji Musa Katongole (UTODA) has died. He was a very hardworking businessman who contributed a lot to the development of the country and Islam in Uganda. May Allah strengthen and comfort his family,Dr. Prince Kassim Nakibinge and the entire community.

Katongole was at the helm of UTODA for very many years, and after its collapse, he joined forces with others to start Awakula Ennume Transport services to continue with the transport business operating a fleet of buses.

While the program for Katongole’s burial which is expected to take place today at his father’s home in Kasangati in Wakiso district is yet to be communicated, a memorial service is also expected to take place at Kibuli Mosque in Kampala as the deceased has been a close confidant to Hajji Prince Kassim Nakibinge, the titular head of the Islam in Uganda.