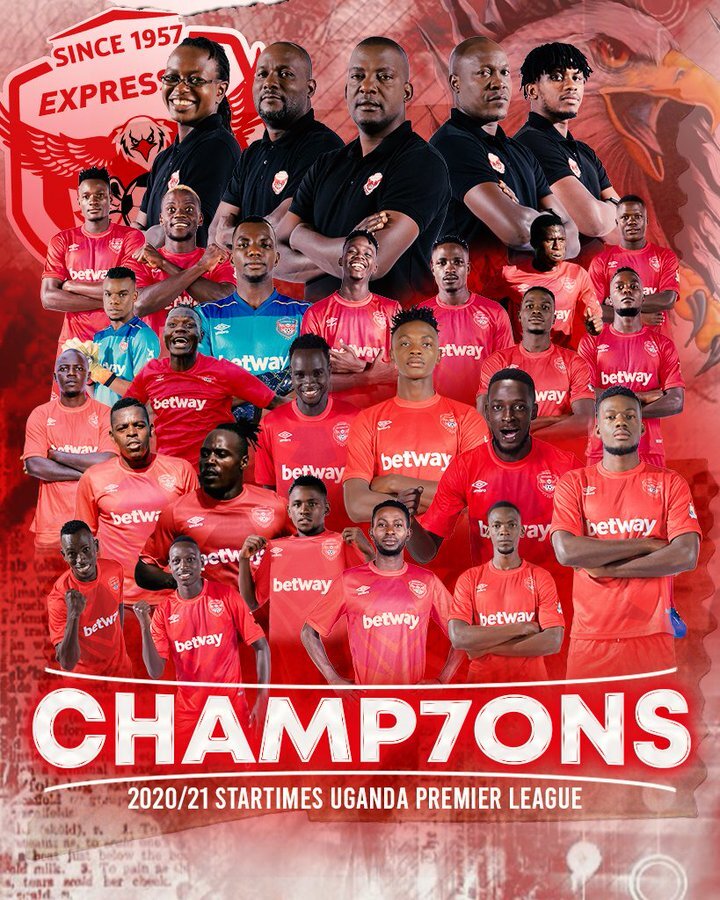 Express FC will on Thursday this week, be crowned champions of this year’s Star Times Uganda Premier League.

According to Bernard Bainamani Uganda Premier League Chief Executive Officer, Express FC will be crowned at a scientific function with only 20 people present at Star Times Offices in Nakasero.

The Federation of Uganda Football Association-FUFA declared Express FC winners of the Star-Times Uganda Premier league last week, with four matches ahead due to the COVID-19 lockdown, which led to the suspension of the league.

Express was leading the table with 58 points by the time president, Museveni announced the 42 day’s lockdown. It was followed by URA FC with 57 points gathered from the same number of matches. Meanwhile, as Express FC prepare to be crowned champions, last year’s champions, Vipers SC, are yet to get their trophy.

According to Simon Njuba the Vipers SC Chief Executive Officer, they have never received the trophy from the League Secretariat, but only stopped on the cash Prize from FUFA.

However, Bernard Bainamani the CEO of Uganda Premier League argues that the UPL Secretariat engaged Vipers on several occasions to award them the trophy but they never responded.

Bainamani said the secretariat gave Vipers two options either to receive the trophy at Kitende or at FUFA house but they never responded.