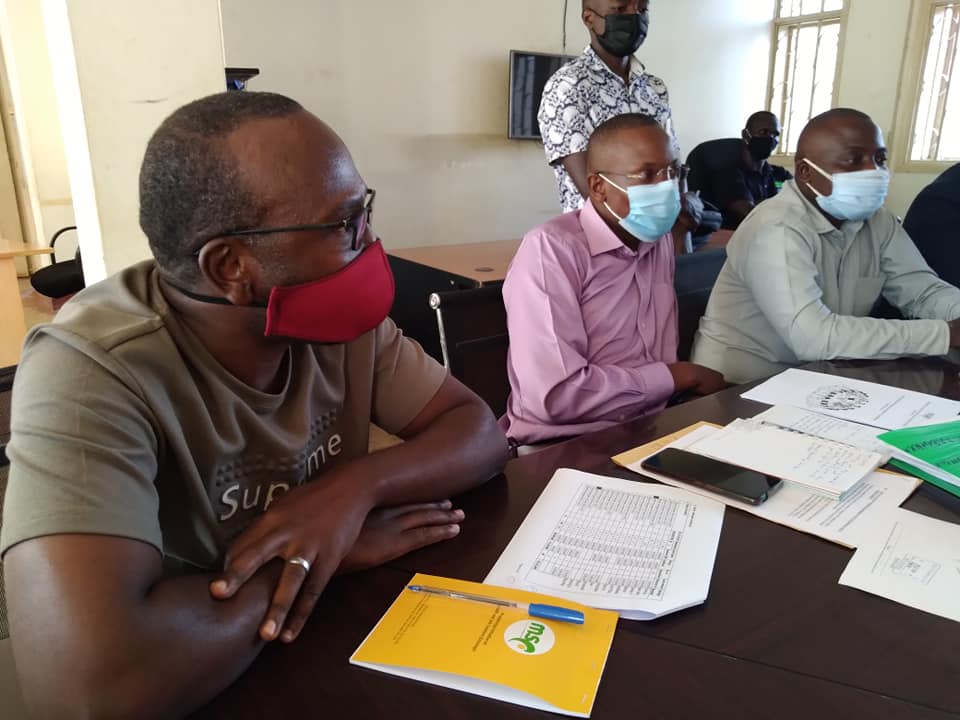 Members of Parliament following up on the Emyooga fund in Masaka City, have discovered that the funds were given to Ghost SACCOs!!

The MPs led by Mathias Mpuuga the Masaka Municipality MP, also Leader of Opposition in Parliament, LoP, were told by Microfinance Support Centre zonal manager for Masaka, Mr. Wilfred Katobe that the body acted on a directive from above to open bank accounts for non-existent SACCOs.

The legislators heard during their visit on Monday, that the accounts were credited on Elections day eve!!

The MPs including Juliet Kakande (Masaka City) and Dr. Abed Bwanika (Kimanya-Kabonera) plus the City Mayor Florence Namayanja as well as Mayor Michael Mulindwa Nnakumusana of Nyendo-Mukungwe division, also paid courtesy visits to National Water and Sewerage Corporation (NWSC) and Umeme Ltd offices in Masaka to speak to them about issues related to their services.

Hon. Mpuuga said it is their understanding that the political leaders and public servants have a shared duty to the people.

“We, therefore, asked NWSC to work with the city leadership to stop encroachment on wetlands.   The NWSC area manager Mr. Emmanuel Mujuni said water supply challenges will be addressed in 2 weeks. At Umeme, management seemed to have no clue of what was going on! We advised them to stop the connivance with the Police to arrest and extort money from our people” Mpuuga noted.

Members of Parliament were sent back to their constituencies to follow up on the UGX260 Billion allocated for Emyooga funds, meant for the poverty eradication program that is part of the government’s strategy to transform 68% of Ugandan homesteads from subsistence farming to market-oriented production.

However, it has been marred by scandals in different parts of the country. While some SACCOs have been able to receive the funding, others did not.