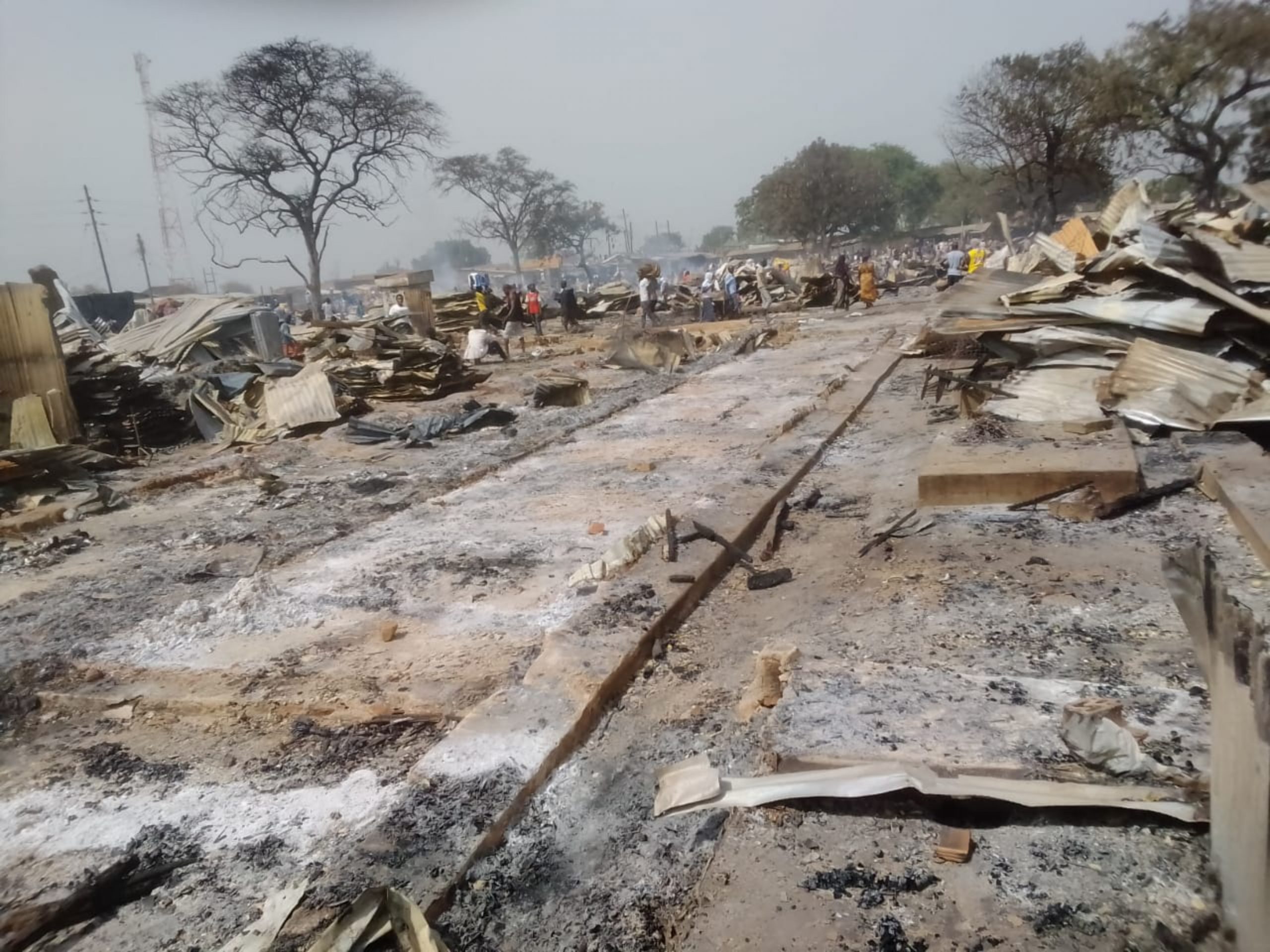 Police at Elegu border Police Station are investigating the fire which gutted Elegu market and razed down all properties, affecting more than 700 vendors.

The market caught fire on Monday 21/02/2022 at around 0200hrs, and a team from the fire brigade with help from other police officers based at Elegu responded to the scene but due to an already escalated magnitude of the fire, they could not do much.

This prompted them to call their counterparts at the police regional fire brigade from Gulu for re-enforcement.

According to ASP Ongom David Mudong the PRO Aswa-River, the reinforcement team arrived at the scene at around 0450hrs in a fire fighting truck UP 1035 and managed to extinguish the fire, saving some properties.

However, around 700 market stalls and 300 small temporary structures made of iron sheets surrounding the market have been burnt to ashes.

Large sums of foodstuff, electric equipment, 3 drug shops and sums of money yet to be established were also allegedly burnt.

Ongom says the cause of the fire has been attributed to reckless acts by some market vendors who leave charcoal stoves at the fish smoking stalls unattended to within the congested market premises.

“Further findings indicate that the structures within the market are constructed using flammable materials such as bamboo poles, papyrus mats, tarpaulin, and iron sheets. While the vendors also use stalls and lockups for both business and accommodation making it too congested.

It’s on record that Elegu town council has suffered a series of fire outbreaks, especially within the market area, this being the third time in two years. The fires have always been blamed on poor construction plans for the market space,” Ongom says.