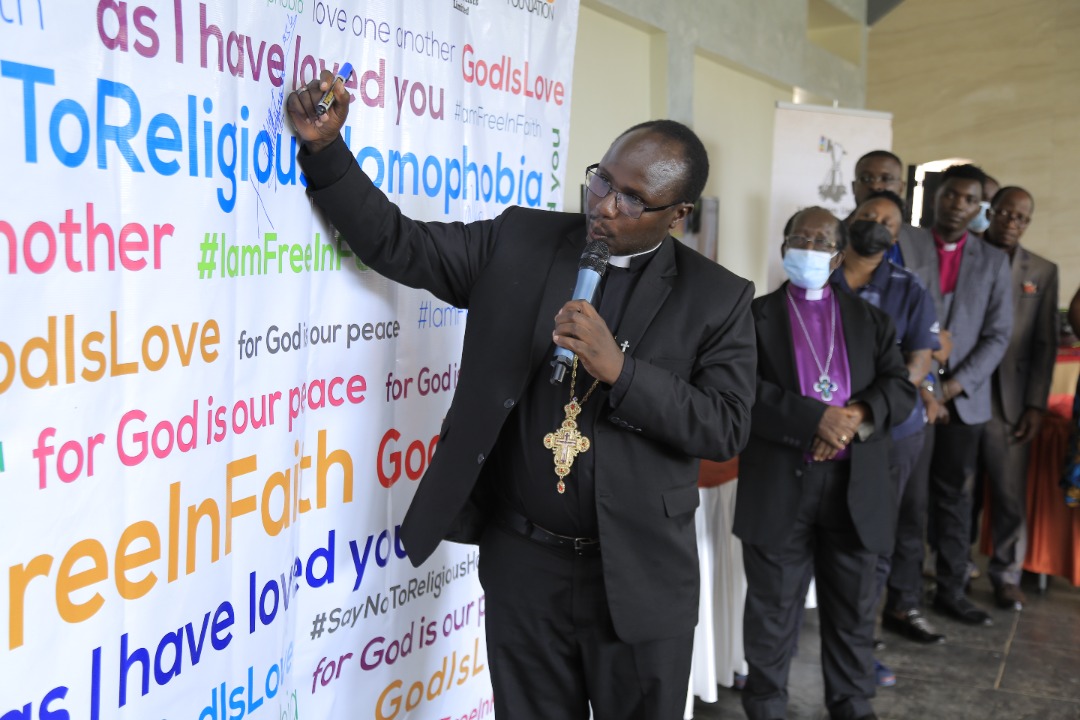 In Uganda, being gay can now earn you a lifetime in prison.

Years back, the East African country was again thrust into the international spotlight after President Yoweri Museveni signed into law a draconian bill that criminalized homosexuality. The high-profile, on-and-off battle over the so-called “kill the gays” bill has drawn headlines for years as the most extreme example in a wave of antigay legislation on the continent. But homophobia in Africa is not merely an African problem.

As the gay rights movement has gained traction in the United States, the more virulently homophobic ideologies of religious right have been pushed further out of the mainstream and into the fringe territory. But as their influence has waned at home, right-wing evangelists from the United States have been flexing their sanctimonious muscles influencing policymakers in Africa.

On Wednesday, East Africa Visual Artists launched an Oline Campaign dubbed #SayNoToReligiousHomophobia. The campaign is aimed at promoting religious harmony and it will run for three months.

Speaking at the event held on Wednesday at FairWay Hotel in Kampala, Bishop Prior Tumuhimbise said that he realized that they cannot work alone. They need partnerships and allies to move together

According to Ruth Muganzi, a lesbian woman says she first noticed her sexuality and her being at the age of 17 years. She then kept it to herself until she got enough of it and decided to come out of the closet and open up to her father about it.

According to reports, Roman Catholics are 39%, Anglicans are 32%, Pentecostal Christians are 11% and Muslims make up 14% of the population

She also added saying that many tend to face a lot when he or she is battling with their sexuality, which most people don’t see. This being said, homosexuals need a lot of support from religious leaders and the general public.

‘We Are Not Fighting Kabaka’- Kiham Enterprises Releases Factual Statement On Ownership Of Contested Kigo Land
Airtel Unveils Uganda Needs More of You to Celebrate and Recognize Ugandans Using Technology to Transform the Lives of Others.
Advertisement