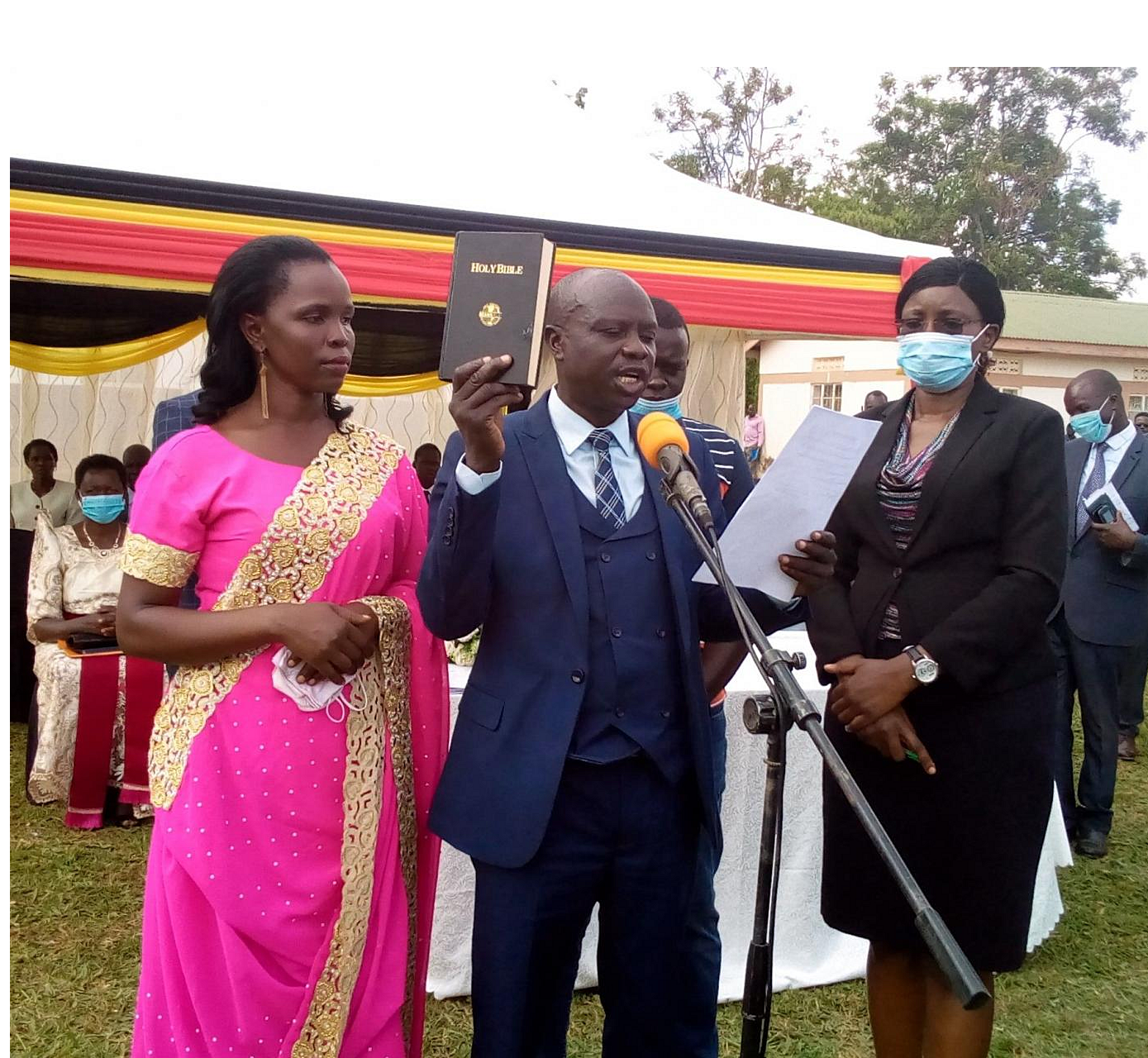 Drama ensued in Soroti today, when the Mayor elect of Soroti East Division Paul Omer was to take oaths after attempting to boycott the swearing-in ceremony for the Soroti City and Division Mayors.

Omer, formerly an Interim City Mayor of Soroti was elected East Division Mayor following his failure to meet the academic qualifications for the City Mayors’ position.

However, on Tuesday morning he briefly appeared at the Mayor’s Garden where the swearing-in ceremony was taking place but abandoned the venue before the administration of oaths and returned to his home in Akisim.

The event organizers, including Soroti Chief Magistrate Margret Aanyu were surprised to learn that Omer had boycotted the function.

His was called several times with no response, forcing the RDC Robert Adiama and the Acting City Clerk Moses Otimong with the help of Police Officers to search for him.

They later returned with Omer and held him until his oath was administered. However, the adamant mayor later told reporters that he had not been officially invited to the function.

The City Clerk Moses Otimong refuted the claim and said that Omer was invited like any other elected leader to the function. The two leaders have been bickering over administration and political issues since last year with each person accusing the other of usurping their duties.