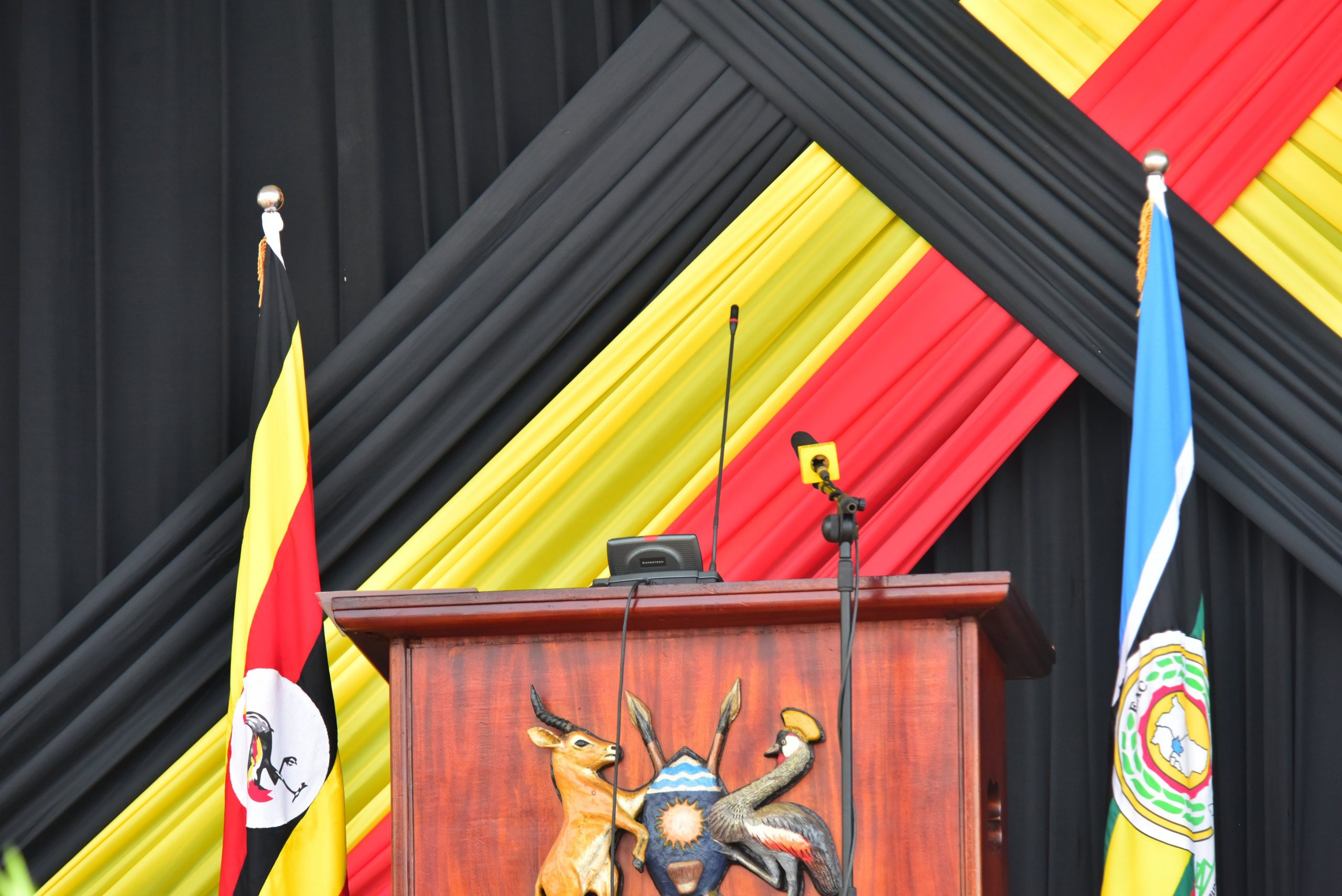 The first of Members of the 11th Parliament has been sworn in on day one of the ceremony that took place at Parliament on Monday 17/05/2021.

The 529 MPs who make up the 11th Parliament will take oath through Monday until Thursday 20th.

Some of those sworn in today include; the National Unity Party, NUP Spokesperson, also Nakawa Division West MP Joel Ssentonyi. Ssenyonyi is also formerly a presenter and News Anchor at NTV.

Also sworn in today and on the NUP ticket is former presidential candidate, Abed Bwanika, who is now representing Kimaanya-Kabonera Division in Masaka City.

Former Mayor of Nakawa Ronald Balimwezo has also been sworn in to represent Nakawa Division East in Parliament. He too is on the NUP ticket.

State Minister for Finance, also Member of Parliament representing Ndorwa West has been sworn in. Speaking to the media after swearing in, Bahati said he will focus on programs that will support 3.3 million households who live in subsistence economy, to the money economy.

Dokolo District Woman MP, Hon Cecilia Ogwal took oath of allegiance and that of MP this afternoon. She is one of the longest serving legislators in the Parliament.

Minister of Health, Jane Ruth Aceng has also be sworn in as new Woman MP for Lira City. She applauded the people of Lira City for the Support they have shown her and promised to serve them well.

Also sworn in today were Acom Alobo the Woman MP Soroti City and Anne Adeke, the Soroti District MP among many others.

All legislators were allowed to come with only 3 people accompanying them. See full list of all 132 MPS sworn in today.