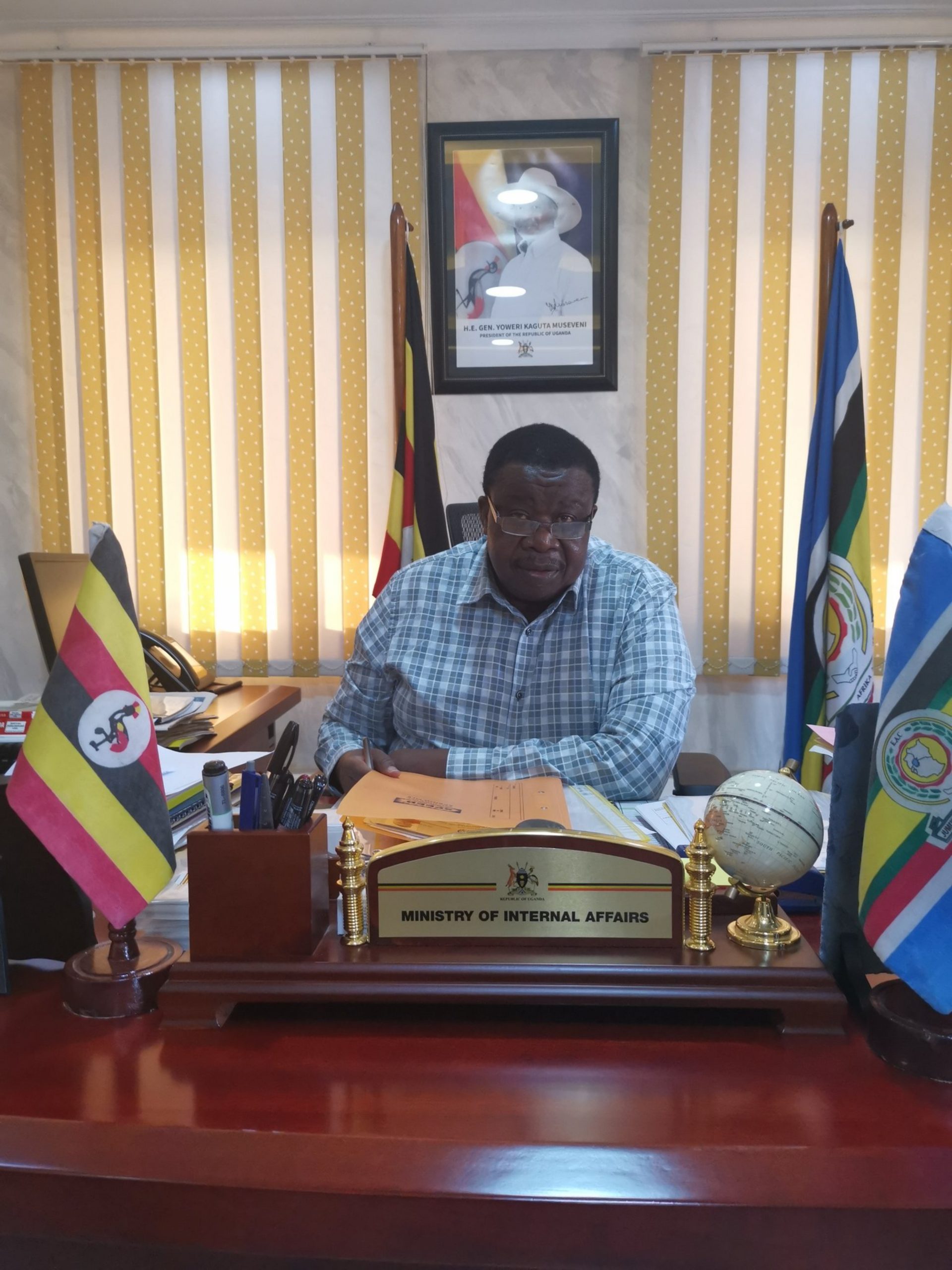 The opposition Democratic Party National legal advisor Luyimbazi Nalukoola has called for immediate resignation and interrogation of General Kahinda Otafiire the Minister of Internal Affairs over statements he made in connection to the Masaka killings.

Speaking to the press in Kampala on Tuesday, Luyimbazi pointed at Otafiire’s utterances while an appearance on a TV show last week on Wednesday.

During his appearance, the General mentioned and insinuated that if the ruling National Resistance Movement was in charge of Masaka, there wouldn’t be any killings in the greater Masaka region.

He was suggesting that the opposition, since gaining majority support in the recently concluded 2021 took over the region, yet it remains within the boundaries of the Republic of Uganda and security is the responsibility of the government, not different political parties.

Luyimbazi is now demanding the resignation of the president, citing failure to provide security to the country’s citizenry.

If he accepts, this would be Otafiire’s second resignation, after that of 1998 when he resigned from the ministerial job for misconduct.

Otafiire, resigned after being accused of drawing a pistol during an argument with the late Jennifer Kuteesa at Fairway hotel. He coincidentally held the same position and was at the moment an army colonel.

He duly obliged and resigned and president Museveni while accepting the resignation mentioned that the National Resistance Movement government would not tolerate any indiscipline displayed by anybody regardless of his position, such as shown by Otafiire.