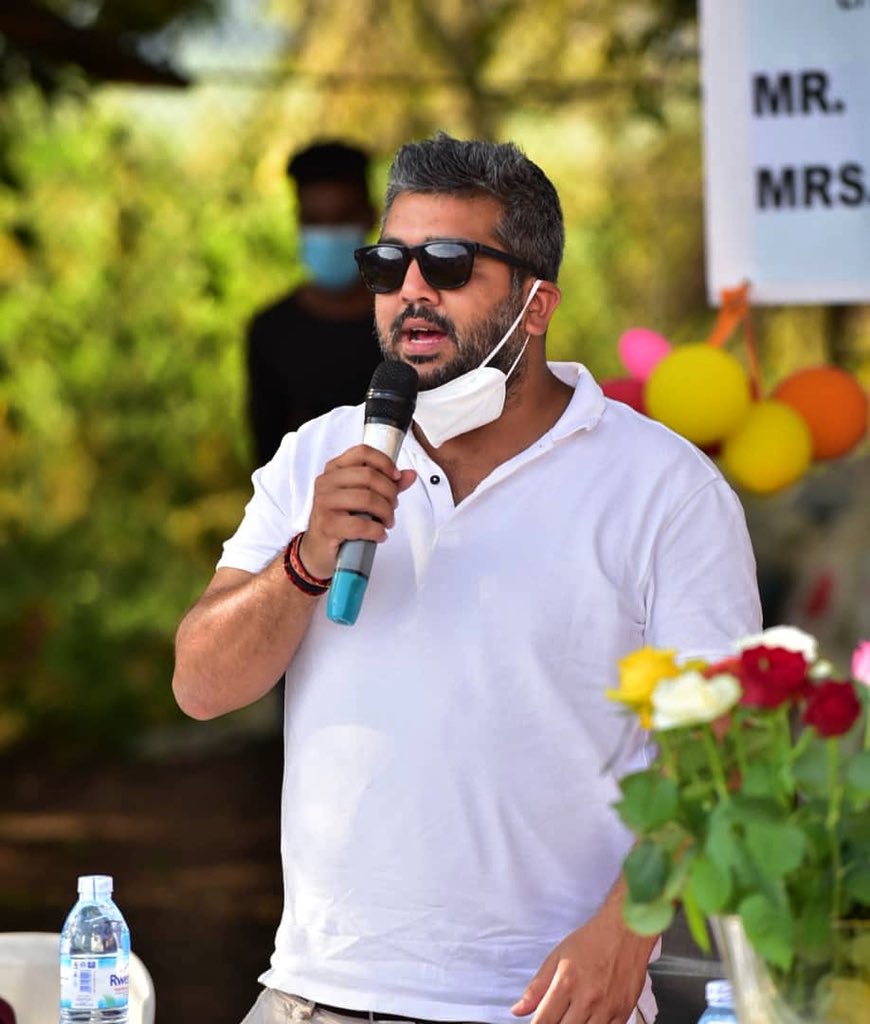 Businessman Rajiv Ruparelia is set to appear before the Entebbe Chief Magistrate’s Court over alleged environmental degradation, following dumping soil in the water and on the shores of Lake Victoria at Kitubulu, Katabi Town Council.

Rajiv is expected to appear in court on April 13 to take plea before Grade One Magistrate Elizabeth Kabugho after he failed to appear on three occasions when the case was brought up in court.

Meanwhile, Kabugho has also issued a production warrant for lawyer Male Mabirizi who is currently imprisoned for contempt of court, to participate in the proceedings on April 13.

Mabirizi who is serving a jail term of 18 months at Kitalya Prison for contempt of court brought the case against Rajiv to court last December.

On January 20 when Rajiv was expected to take plea, State Attorney Timothy Amerit presented a letter dated January 6th, 2022 stating that the Director of Public Prosecutions-DPP had taken interest in taking over Rajiv’s case file. However, this was protested by Mabirizi.

The lawyer argued that the case should be adjourned to another date when Rajiv could attend court, take plea and listen to the proceedings including submissions for and against DPP taking over the case file.

Amerit cited Article 120 of the 1995 Uganda Constitution which provides powers to the DPP to take over proceedings initiated by individuals or other authorities at any stage.

But, Mabirizi protested the move to take over the case, saying the DPP wants to ‘kill’ the case. He added that it is unconstitutional to hear the case in Rajiv’s absence.

As a result, Amerit and Mabirizi asked the judicial officer to issue a criminal summons against Rajiv.

Kabugho however did not pronounce herself on either issue. She instead adjourned the case to February 21 when Rajiv was expected to take plea.

The magistrate Kabugho was also expected to deliver her ruling on whether or not the DPP has powers to take over the case file from private prosecutor Male Mabirizi.

However, Rajiv, Mabirizi and  State Attorney Timothy Amerit were all absent. Rajiv’s lawyer Nelson Walusimbi told the court that his client could not attend court because he was indisposed.  He said that Rajiv had contracted COVID-19 and was in self-isolation.

Kabugho noted that State Attorney Amerit had communicated that he was undertaking a week-long training and would therefore not attend court. Mabirizi did not communicate his absence.

Magistrate Kabugho then adjourned the case on March 9 to enable the accused person, the private prosecutor or his representative and the state attorney to attend court.

On March 9,  the proceedings failed to take off because Rajiv did not appear in court. Magistrate Kabugho has now issued criminal summons against Rajiv to compel him to appear on April 13.

Mabirizi said he moved to initiate private prosecution proceedings against Rajiv Ruparelia as a responsible citizen because the National Environment Management Authority-NEMA and police would most likely not arrest or charge him for dumping soil in the lake.

He accuses Rajiv Ruparelia, the Managing Director of Speke Hotel of undertaking activities in the protected zones along riverbanks, lakeshores, and natural beaches contrary to Section 53 of the National Environment Act, 2019.

The same Act provides for penalties, whereby a person on conviction may pay a fine not exceeding shillings 600 million or serve not more than 12 years in jail or both.

In December, NEMA ordered Speke Hotel to remove all the soil it had dumped on the fringes of  Lake Victoria shorelines before it can be allowed to resume construction works in Kitubulu, Katabi town council.

NEMA made the directive after  Maria Assumpta Nakamya, a resident of Entebbe, complained about soil being dumped into the lake.

Continue Reading
You may also like...
Related Topics:Featured, Rajiv