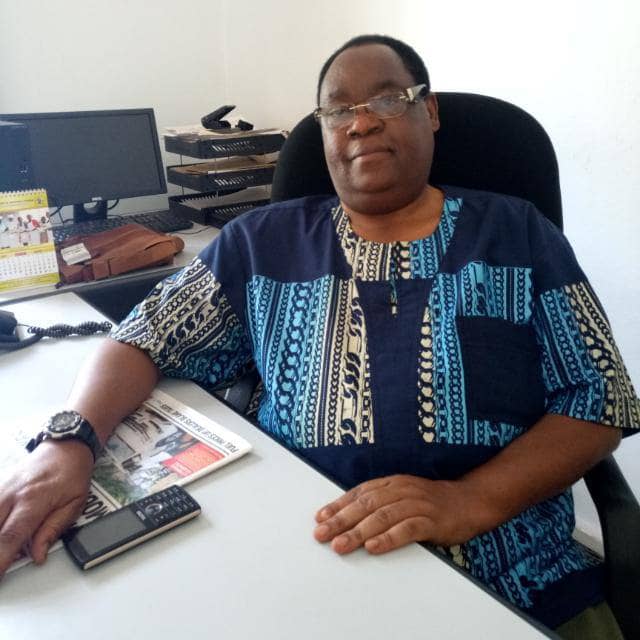 According to Ofwono OPondo the Executive Director Uganda media centre, his deputy was admitted to Mulago on Sunday evening with hypertension.

“The Executive Director, Ofwono Opondo with deep sorrow announces the death of his Deputy, Col Shaban Bantariza that occurred early this morning at Mulago Hospital where he had been in admission since Sunday evening with hypertension” the media centre announced on Twitter.

“The UPDF family with great sadness have learnt of the passing on of the deputy Executive director of Uganda media centre and deputy government spokesman Rtd Col Shaban Bantariza at Mulago national referral hospital. May his soul rest in peace” Byekwaso wrote.

He served as the deputy director of the Uganda Media Centre and deputy government spokesperson, since June 2015.

Batanzira was born in Mitooma District in Uganda’s Western Region, circa 1963. He attended St. Leo’s College, Kyegobe, in Fort Portal, Kabarole District for his O-Level studies. He then joined the Catholic brotherhood, where he trained as an elementary school teacher.

While pursuing a course at Makerere University in 1985, he abandoned his studies and joined the National Resistance Army, led by Yoweri Museveni. He attended guerrilla bootcamp in the Kabarore area, in foothills of the Rwenzori Mountains.He also attended and graduated from the Uganda Senior Command and Staff College, having studied the senior command course offered annually at the college.

Bantariza served as the UPDF spokesperson from 2000 to 2002 and from 2003 to 2006.For a period of time, prior to February 2009, Batanzira, at the rank of lieutenant colonel, served as the commander of the Oliver Tambo Leadership School in Kaweweta, Nakaseke District, in Uganda’s Central Region. On 26 February 2009, he was appointed commandant of the National Leadership Institute (NALI), in Kyankwanzi, Kyankwanzi District. He served in that capacity until he was relieved of his duties on 7 October 2011.

In June 2013, he was appointed as Deputy Executive Director of the National Media Centre. On 2 July 2013, at the rank of colonel, he was arrested, charged with embezzlement and remanded to Makindye Military prison by the General Court Martial on charges of alleged fraud. After proceedings that lasted nearly three years, the Court Martial, chaired by Major General Levi Karuhanga, acquitted Colonel Bantariza due to lack of evidence against him, on 14 April 2015.On 24 June 2015, following his acquittal by the general court martial, he resumed work at the Uganda Media Centre, the president of Uganda having directed in writing that Bantariza resumes work.

On 28 September 2015, Bantariza retired from the UPDF. He then joined Uganda Media Centre where he has been serving as the deputy government spokesperson.