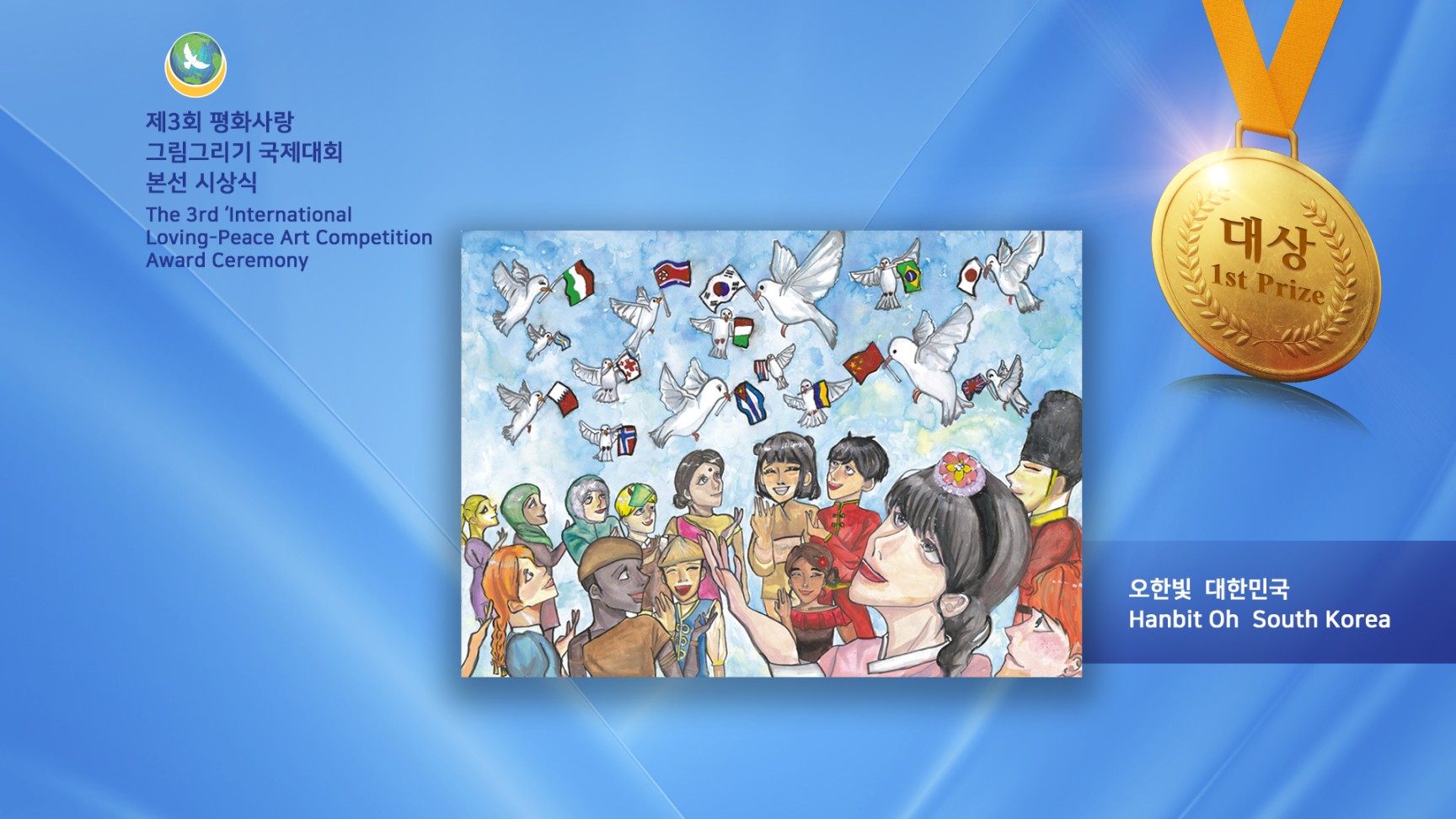 The event was attended by the winners and hundreds of women members from all over the world, sending congratulatory messages and encouragement to all the children and youth participants in the art competition.

The competition is a peace cultural event designed to develop children and youth, the protagonists of the future, into leaders of peace culture. Preliminaries were held in 98 cities throughout 28 countries from June to August. Under the theme of “Cessation of global war, Coexistence, Communication, and Restoration of Humanity’, about 5,000 students participated, and three pieces from each country that passed the preliminary stage competed in the finals.

Hanbit Oh (Gyeonggi Munsi Middle School, aged 15), who received the grand prize, described her piece, “I tried to express how everyone welcomes a peaceful world without discrimination of race, culture, or the rich or poor.” The judges evaluated the grand prize, saying, “The expression of the world peace dove flying in the blue sky with the flags of all nations in their beaks is impressive.” The grand prize was awarded with an award and a scholarship of 1 million Korean Won.

For 2nd place, three students—Franceska Gabriela Sherleen Pagardian from Indonesia (Elementary School), Dollaya Ploysumrit (Middle School) from Thailand, and Birnel A. Panganiban (High School) from the Philippines—received a certificate and a scholarship of 200,000 KRW each as a prize.

Hyun Sook Yoon, Chairwoman of IWPG, said, “This event was planned in the hope that not only adults but also our children and young people would think about the end of war and peace together. We will go,” he encouraged the participants.

Lee Yang-hyeong, chairman of the judging committee (standing advisor to the Korean Art Association), said, “The evaluation was made in a fair and strict manner based on creativity and artistry, suitability to the theme for peace, color and completeness of the work.”

Iliwatu Danabere, president of the Timor-Leste Artists Association congratulated the participants, saying, “When it comes to peace, we are all winners.”

On the other hand, IWPG is an international NGO with a special consultative status with the United Nations Economic and Social Council (UNECOSOC) actively unfolding.