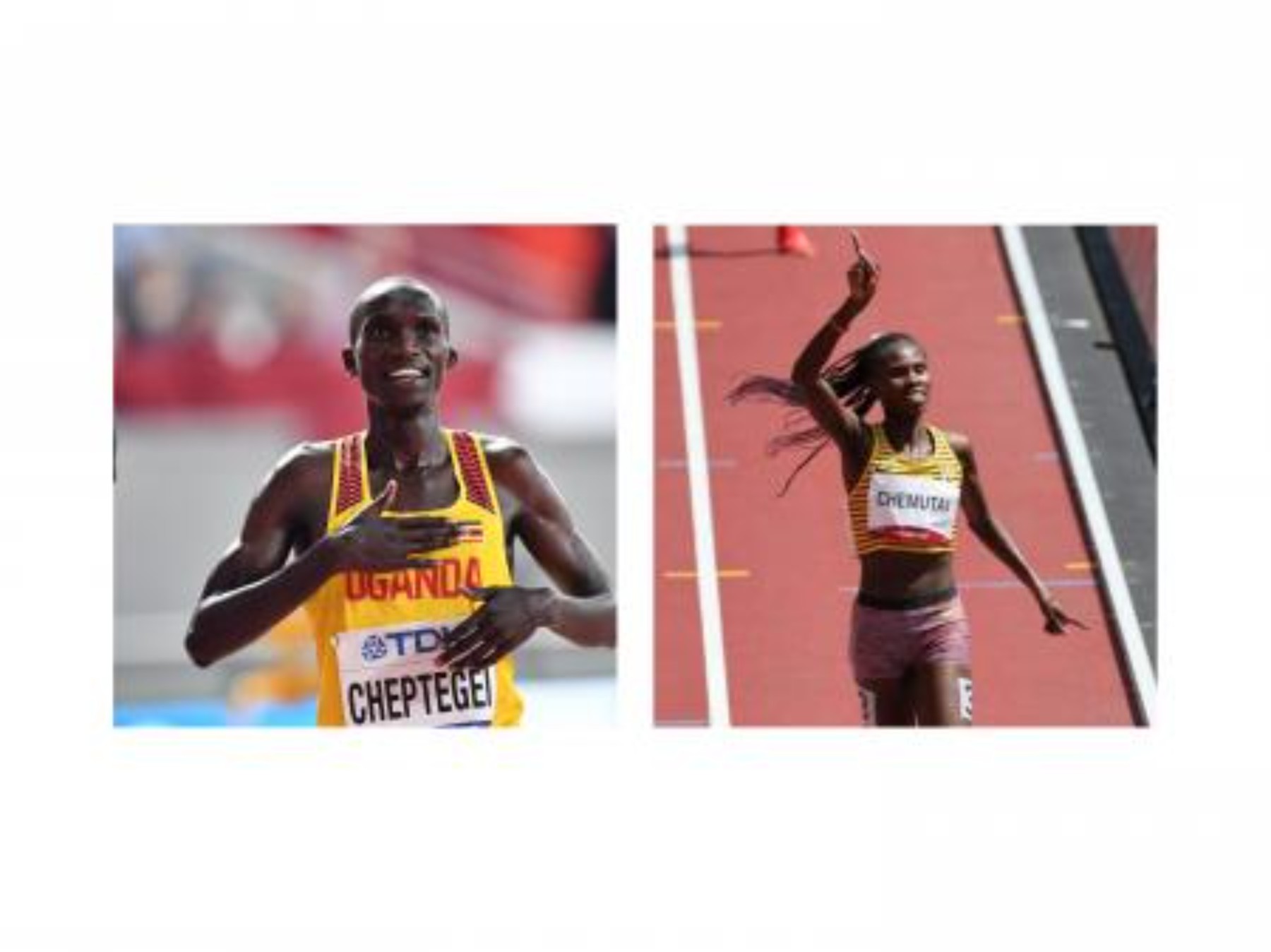 The Inspector General of Police, J.M.Okoth-Ochola (Esq) has congratulated all police athletes who represented Uganda at the Tokyo 2020 Olympics that were concluded on the 8th August 2021.

In a statement released on Monday afternoon, the IGP said he was delighted about the spectacular performance by the athletes, where athletes from the police won an astonishing 3 medals, including 2 golds and a silver.

The medals put Uganda at number 36 out of 205 countries, and the 2nd best in Africa, above countries like South Africa, Nigeria, Botswana, Ethiopia among others.

He applauded IP Joshua Cheptegei, who pulled off two incredible performances, to become a double medalist, with gold in the 5000m race, and a silver in the 10.000m race.

The IGP also thanked SPC Peruth Chemutai , who made history and became the first female police athlete to win a gold medal, when she won it in the 3000m steeple chase.

“I thank you for emulating our fallen hero, the late SSP John Akii-Bua, who was the first athlete to win gold for Uganda at the 1972 Olympic games in Munich, when he won the 400 meters’ hurdles.  He was also from Police” IGP Ochola said.

He therefore promised to personally fast-track the promotions of the athletes with the Police Authority and the Police Council.  The IGP further revealed that the force fulfilled its promise and availed the athletes with a double Cabin Pick-Up and minibus for ease of their movement.

Ochola also thanks other athletes who represented the country, but fell short of the medals, and asked them not to give up.

“We are aware the preparations for the Tokyo 2020 Olympics were challenging due to the negative impact of the COVID-19 pandemic. You however, managed to inspire us when you showed how committed, dedicated, resilient, determined and hardworking you were, that enabled you to excel at the highest level of competition.  I also want to thank the hard work of all the coaches, staff under the Sports Department and the commitment from the Government of Uganda” Ochola said.

He also paid tribute to his predecessor, IGP Emeritus General Kale Kayihura for revamping sports in the police in the year 2012, explaining that the story of how the officers got to the Olympics and achieved the spectacular accomplishments, was as a result of his strategic guidance.  “I congratulate him too.”

He also reassured all athletes that there is a bright future of sports in the police.

“We want to continue to invest in identifying young talent across all sports disciplines and grow them. My Director for Welfare and Sports is going to straight away start preparations for the 2024 Olympics in Paris, France, where we anticipate a bigger number of police officers representing our country Uganda.”