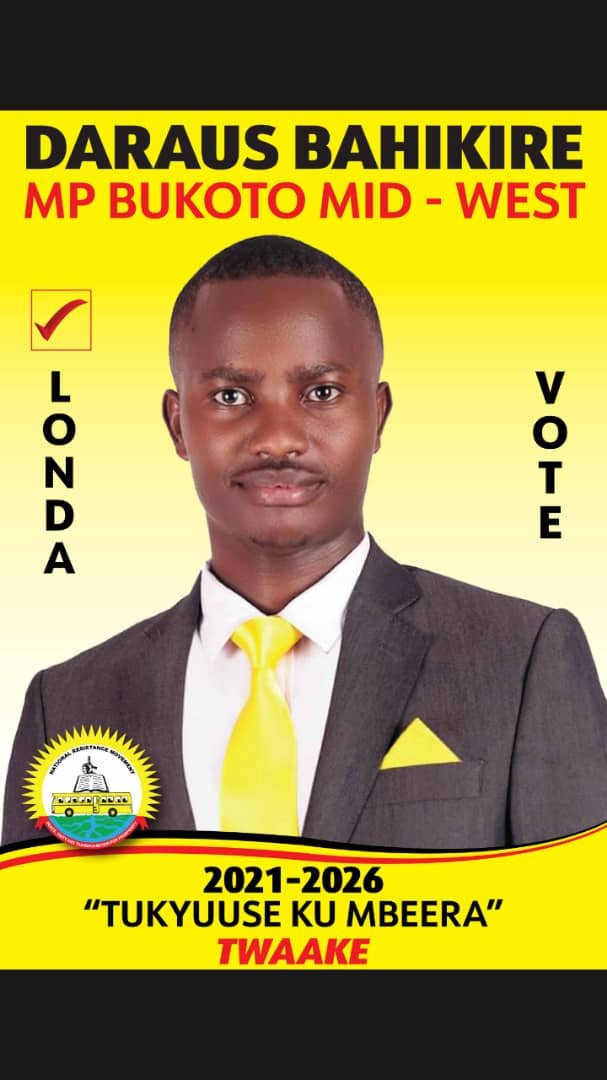 The ruling National Resistance Movement, NRM Party has been dragged to court by a contestant in the recently concluded parliamentary primaries.

Daraus Bahikire, a contestant in Bukoto Midwest constituency in Lwengo District is suing the Party for changing his name on all electoral forms including the DR forms, hence confusing his supporters into thinking he dropped out of the race.

On the DR forms, Daraus’ name was replaced with Herbert Bihikire.

Through his lawyers of Busingye & CO. Advocates and Ssemwanga Muwazi Co. Advocates, Bahikire contends that the Defendant (NRM Party) denied him full participation in the election of its party primaries for Lwengo District, Bukoto Mid-West Constituency Member of Parliament when they presented a different candidate being Herbert Bihikire and not his rightful name Daraus Bahikire.

According to the lawyers, this indicates that the party acted negligently when it failed to correctly rightly present their client’s names as Daraus Bahikire who is totally a different person.

He added that even after contacting the district elections officer and the registrar, they only said they had no authority to correct names and that the responsibility fell on the party’s national electoral commission under the leadership of Prof. Odoi Tanga, from which, all documents originated.

“Even after days, nothing was done to update me on the intervention to make the situation clear, so I had to petition court, requesting to organize a re-run so that the actual nominated person in the true name of Daraus Bahikire is reflected” he added.

The NRM parliamentary primaries were marred by rigging, voter bribery and violence that left some people dead.