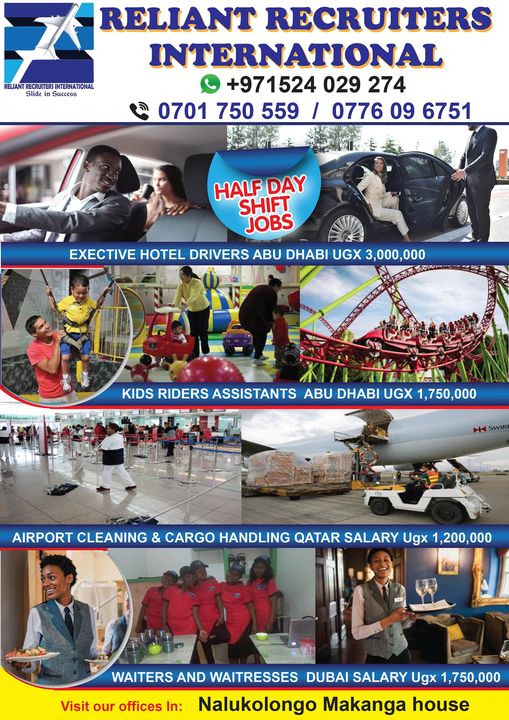 It is alleged that two people, Chenzeni Bernard and his wife identified as Grace Nankya, started up a Facebook page through which they conned several people of their hard-earned money, with promises of getting them all kinds of jobs in the Middle East.

The jobs were alleged to be in Abi Dhabi, Qatar, Dubai among other countries.

The criminals also claimed that the candidates would get free visa and air tickets. However, when the job seekers went to the company offices, they were asked to pay for the tickets, visas, medical and Interpol clearance amounting to over 1 million shillings.

They had been promised to travel within 2 weeks, but the criminals closed offices and even shifted from their known home, running away with their money.

Natete and Nalukolongo police stations, where the victims reported have now launched a hunt for Bernard and Grace who are a couple.

While addressing the press in Kampala this morning, Ms. Agnes Igoye, the national coordinator for the prevention of trafficking in persons at the Ministry of Internal Affairs says they received reports and receipts from victims of the crime and are working with police to ensure the culprits are brought to book.

She further advised Ugandans seeking to work abroad, to check with the Ministry of Gender and Labour, for the agencies that have been licensed to do this legally.